Promo as What?!: How a Supplier’s Booth Giveaway Became a Full-On Industry Movement

EMT just wanted to drive some traffic to its trade show booth. The supplier, based in Indianapolis, was looking to highlight its product line and get people talking—with any luck, maybe generate a little buzz on social media. It had no idea it was about to start a movement. But that’s exactly what PROMO AF became. Heck, it was almost an accident.

“At some point during the brainstorming session, I blurted out something like, ‘Whatever we do, it needs to be promo AF,’ says Brian Stidham, director of business development for EMT. “Though I didn’t use the letters.” (If you don’t know, the AF stands for… well, maybe you’d better google it.) “That was pretty much it,” he continues. “We came up with some rough concepts and I sent them to some industry friends to get their feedback. They all responded with, ‘I want one!’ We knew immediately we were on to something.”

Initially, EMT planned on PROMO AF sticker patches as a booth giveaway. But Rachel Neal of Karst Promo, a distributor based in Charleston, S.C., offered to punch up the design. Then, Chris Babiash of M.A. Apparel & Promotions, a distributor based in Minnetonka, Minn., offered up embroidery services for real-deal patches at cost. So EMT decided on a short run of hats it would give away at PPAI Expo. “Then it just took off on social media,” Stidham says. 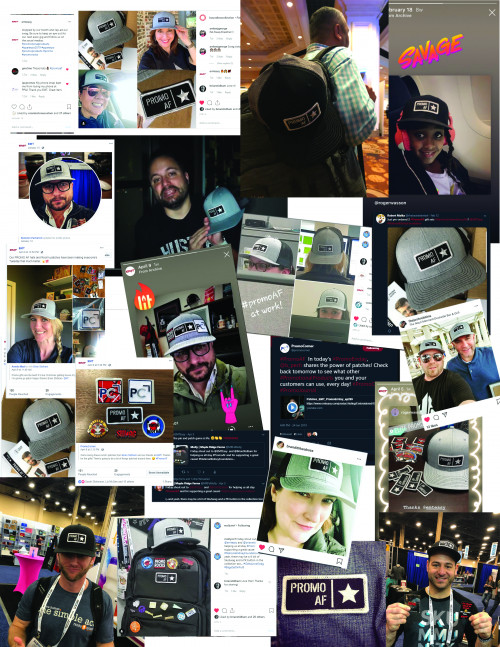 Soon, PROMO AF was everywhere. People across the industry were talking about it, sharing it, buying in. It was more than just a catchy name and some standout design work. It was a celebration, a nod to the power of promotional products and the hardworking folks who provide them. It was validation.

“Almost every other profession has ways to showcase that you’re proud of what you do,” says Stidham. “A lot of times, it’s people in the promotional products industry who are helping drive those messages for other industries. We felt the promo industry deserved the same. We’re all part of a vibrant and awesome community, and that should be celebrated.

“It really took on a life of its own,” he adds. “You have this idea, and two other distributors who don’t know each other, with nothing to gain, volunteering to help bring it to life. It just speaks to the creativity and selflessness of our entire industry. That’s kind of what PROMO AF is about.”

It was also about giving back, though that happened almost by accident, too. Around the same time EMT was brainstorming PROMO AF, it was also looking for a way to honor Steve Weinstein, EMT’s founder who passed away from kidney-related illness in 2017. When PROMO AF took off, the team realized it could use its newfound platform to raise awareness (and some cash) for the National Kidney Foundation. After adding phone loops and lapel pins to the PROMO AF line, EMT was able to raise $1,400 for the foundation through sales of the items and a matching donation. 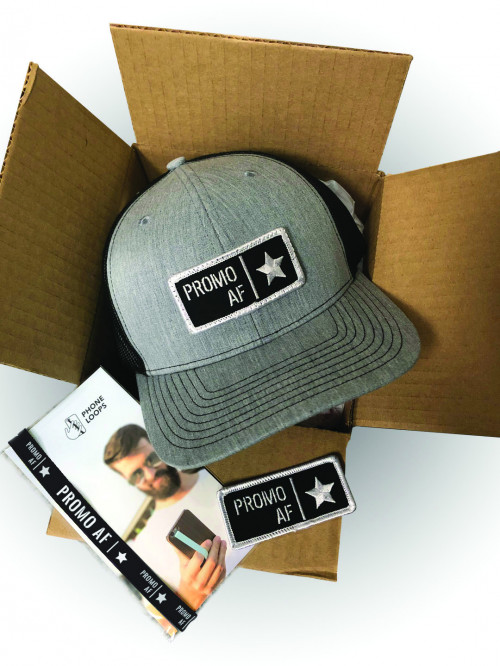 And that’s just the beginning. EMT has a few new PROMO AF items in the works, with plans to hand them out at upcoming industry events. It started an @PROMOAF social handle to highlight other promotional products success stories, and Stidham encouraged industry folks to share their own stories using the #PROMOAF hashtag. He hinted at even bigger plans for 2020, though he couldn’t give details just yet. For now, he’s just grateful.

“We’re really thankful to all of the distributors, suppliers and others who reached out, shared the PROMO AF message on their social media platforms and contributed to the charitable fundraising campaign,” says Stidham. “It speaks volumes about our awesome promo community. And it truly is PROMO AF.”

How to Win a Bid at your Price