In March, the coronavirus rocked iPromo, just as it did everyone else. Primarily focused on e-commerce, the Chicago-based promo company saw its pipeline dry up by more than 92 percent in three days. Leads from paid search and organic search for promotional categories decreased by 92 percent. “If on March 12 there were 100 searches for custom mugs, on March 15 there were eight searches,” says Leo Friedman, iPromo’s founder and CEO. “The front-end died too, so we know the pipeline won’t be replenished, because the very top of the funnel got decimated. So, that wasn’t fun.”

It certainly wasn’t fun, but iPromo would recover. Within days, it had a plan. Working around the clock, Friedman and his team leveraged the company’s extensive sourcing relationships to find Chinese factories sitting on large inventories of masks and sanitizer leftover from China’s early coronavirus surges. iPromo’s marketing and graphics teams created a new category called iHealth, building out the marketing and website collateral that would allow it to flex its search-rankings muscle. The team ramped up content marketing, producing regular educational blogs on masks and other topics. One got almost a million hits.

The company also made quality a priority from the start, vetting its suppliers and requiring factories to provide FDA certificates and lab testing data for all personal protective equipment and sanitizer. That helped keep shipments from being held up in customs, ensuring faster delivery. And it gained iPromo a coveted spot on the COVID-19 white list, Google’s back-end quality-control measure designed to filter out unsafe products by allowing only approved PPE vendors in search. iPromo had always prioritized scalable technology, which helped in handling the new influx of orders without issue. But, more than anything, Friedman credited his team. 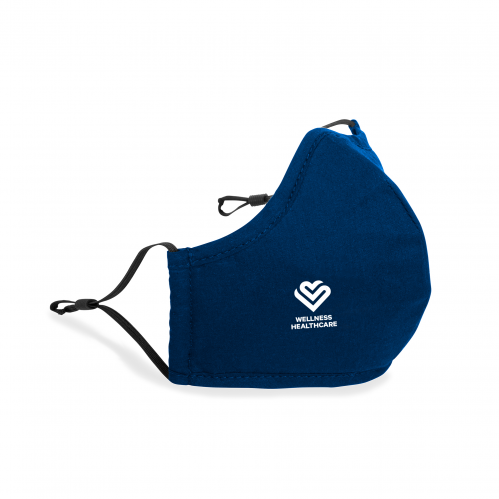 A mask from iPromo. Credit: iPromo

“Our goal was to make lemonade out of lemons initially,” he says. “But because of our incredible team, we didn’t just make lemonade—the team literally planted a lemon grove. Our sales team was working Saturday and Sunday because of the urgency of these goods. There were no off-days. We literally forced people to take days off. The entire team, whether it was operations, sales or marketing, they were working night and day. Literally no days off. I went to sleep at 3, 4 a.m. every night. There was no downtime. We felt a sense of purpose and need and mission, and that grouped us together. And the revenue followed.”

And boy did it follow. Friedman says that in the first half of 2020 alone, iPromo booked 1,000 percent more sales and shipped 800 percent more orders than it did in all of 2019. The company is now looking to double its headcount in the next year.

Around the industry, we’ve seen a number of stories like this, but iPromo’s doesn’t end here. One day, Friedman was walking around downtown Chicago, getting in some steps during a conference call. As he walked, he started noticing used gloves, masks and other discarded PPE, most of it dirty, scattered everywhere. Friedman felt compelled to do something about it—almost a responsibility. After months of soaring PPE sales catapulted iPromo to record revenue, PPE was now littering the streets and piling up in waterways, raising alarm from a growing number of environmentalists and scientists. Friedman had an idea. 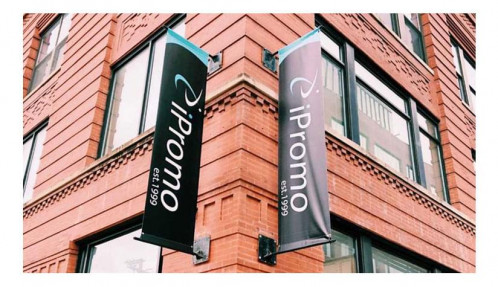 “I started reading online all these articles about PPE litter, and there’s no initiatives from cities, no initiatives from companies,” he says. “I was like ‘What if we just do a little push.’ At first, we were like, alright, if people around the country pick up 10 masks, we’ll donate a mask to charities in need that need the masks. Then we lowered it to five masks, or gloves, or anything. Could be sanitizer. All people need to do is put on a pair of gloves, organize themselves or their family, spend an hour picking stuff up. Then send us the number of pieces you picked up and a quick snap of your efforts and your name. Then we’ll donate a mask for every five pieces of litter that you picked up. You pick up 100 pieces of litter, we’ll donate 20 masks.”

It’s a simple idea—a scavenger hunt for a good cause. It’s the great PPE Circle of Life. Fewer masks on the street and more in the hands of charities like Feeding America, No Kid Hungry, or the Boy Scouts and Girl Scouts of America. Friedman says iPromo committed to donating a minimum of 250,000 masks, which, if you do some quick math, comes out to 1 million pieces of PPE litter picked up. And he’s hoping it catches on with other cities, businesses and organizations, exponentially increasing the positive impact.

“We just want our neighborhoods clean,” he says. “And we hope there’s a million copycats. Pick up the masks, send us a snap. Pick up PPE, let us know approximately how many—if you pick up 47 we’ll still donate 10 masks. We’re not going to split hairs. But, either way, we’re giving away 250,000 masks by the end of the year to these charities. We just want to get the conversation started, because we didn’t see anybody doing anything about it. Everybody acknowledges that it’s a problem, but let’s actually do something about it. That’s all.”