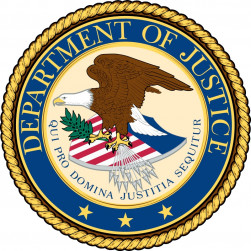 Gennex Media LLC (aka Brandnex.com and PMGOA) pleaded guilty to price fixing in the promotional products industry. The company's president, Akil Kurji, was sentenced to eight months in custody, a $20,000 fine and three years of supervised release for his part in the scheme following his guilty plea in April. Additionally, Gennex was forced to pay a $752,717 criminal fine.

Kurji and his co-conspirators worked together to fix the prices of promotional products such as wristbands, lanyards and buttons sold online between May 2014 and at least June 2016.

"Today's guilty plea and sentencings demonstrate the [DOJ Antitrust] Division's commitment to uncovering and prosecuting collusion that affects the online marketplace," Makan Delrahim, assistant attorney general for the DOJ Antitrust Division, said in a statement. "We will continue to hold companies and their top executives accountable, seeking significant criminal fines and prison terms for those who violate the antitrust laws at the expense of everyday Americans."

"If you are caught doing this, not only will you likely face large fines, but you could end up in federal prison," he said. "Fixing prices hurts consumers and market competitors, whether the conspiracy involves small, logo-branded items or million-dollar pieces of equipment."

So far, 11 defendants have been charged in the ongoing investigation into price fixing in the promotional products industry. Five individuals and four companies have pleaded guilty, and the U.S. Department of Justice reported that the corporate guilty pleas have yielded fines totaling almost $10 million.

The investigation is still being carried out by the Antitrust Division's Washington Criminal Office alongside the U.S. Attorney's Office for the Southern District of Texas and the FBI's field office in Houston.