This week’s history lesson comes to you all the way from 1970s West Germany, where Jagermeister was trying to find a way to market its brand through soccer, but had to deal with the fact that, at the time, shirt sponsorship was against the rules of the German Bundesliga.

Not one to let a pesky law get in the way of a good promotional sponsorship, Jagermeister CEO Gunter Mast got creative and found a way to kill two birds with one promotional stone.

He looked a few miles north of Jagermeister’s home base in Wolfenbuttel to Braunschweig, where the city’s Bundesliga team Eintracht Braunschweig was experiencing financial difficulties. They needed sponsorship money, and Jagermeister wanted the brand visibility.

Mast's solution was to pay Eintracht Braunschweig 500,000 Deutsch Marks over five seasons to change its badge to the Jagermeister logo, as well as making it larger in diameter.

According to These Football Times, the German soccer authorities weren’t very into a company just taking over a club’s aesthetic, but Mast hired attorneys to redefine Eintracht’s club statutes to specifically state that the club's symbol was now a deer, rather than the lion it had been using up until that point. The authorities allowed it, but put the kibosh on making the logo bigger. It also said the team had to put the club’s initials on either side of the badge to show that it wasn’t just Jagermeister FC or something.

As luck would have it, at the end of that first season in 1976, the Bundesliga allowed teams to sport shirt sponsors, and the Jagermeister logo took its place under the Eintracht Braunschweig badge.

Fast-forward to now, and there are still some weird rules regarding branding on German soccer jerseys. The most interesting one, coincidentally, is a beverage that frequently accompanies Jagermeister.

Red Bull owns multiple soccer teams around the world, and is known for its very in-your-face branding strategy. If something is sponsored by Red Bull, you know it. But, for RB Leipzig, the Bundesliga soccer team Red Bull’s ownership founded in 2009, the owners had to get as creative as Mast to get the project off the ground.

The problem was, even though it could play in the Red Bull Arena and have Red Bull as its corporate sponsorship, German rules forbid the team to be called Red Bull Leipzig, unlike its sister teams Red Bull Salzburg or the New York Red Bulls. So, RB Leipzig, despite using two red bulls in its badge and its brand aesthetic matching the Red Bull brand, is known only as “RB Leipzig,” where the RB stands for RasenBallsport, German for “Lawn Sports.” 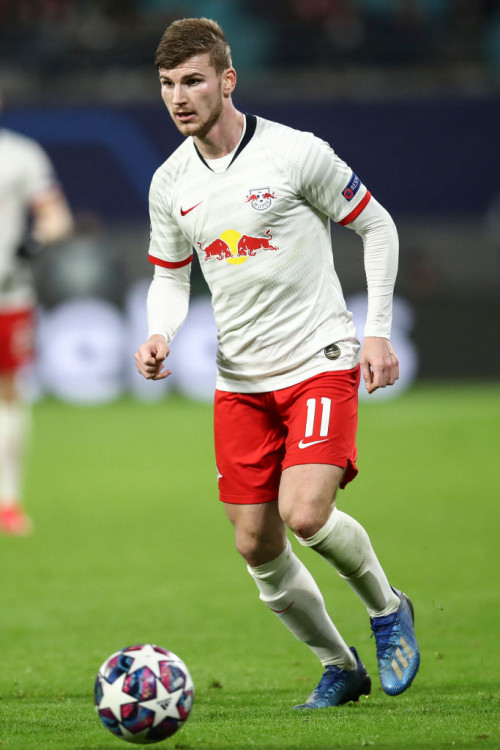 Since German soccer is just about the only one we can watch now due to other sports being on hold, maybe you’ll catch an RB Leipzig game (they’re actually really good), and you can tell your friends and family this fun fact to impress them.

There are plenty of other weird uniform branding rules in soccer, like how England won’t let teams use alcohol brands as their shirt sponsors anymore, but half of the league is sponsored by gambling sites. That’s a blog post for another day.