Health and wellness is a big deal these days—especially as the temperatures warm up. And whether end-users are hitting the gym, increasing their run mileage or just taking a stroll around the block, they'll always be looking for fresh threads to wear. But, much like  someone who is starting the daunting challenge of going to a gym for the first time (and we say this from experience), distributors might look at the plethora of athletic promotional apparel in front of them and think...

What do end-users want?

As  much as apparel is about looking good, what sets a good promotional apparel item apart is how it functions. Eric Rubin, president of Blue  Generation, Long Island City, N.Y., said that  T-shirts, specifically those with moisture-wicking properties, remain one of the biggest trends in the market right now.

“With the advent of moisture wicking, the sales in this category have become explosive,” he said. “From solid and color-block T-shirts, half-zip pullovers and polos, the athletic look has become mainstream in our market.”

Greg Vanover, national director of sales for A4, Vernon, Calif., also noted that items like quarter-zips, half-zips and polos are immensely popular right now. And part of that, he said, is due to how the items lend themselves to further functions and capabilities. 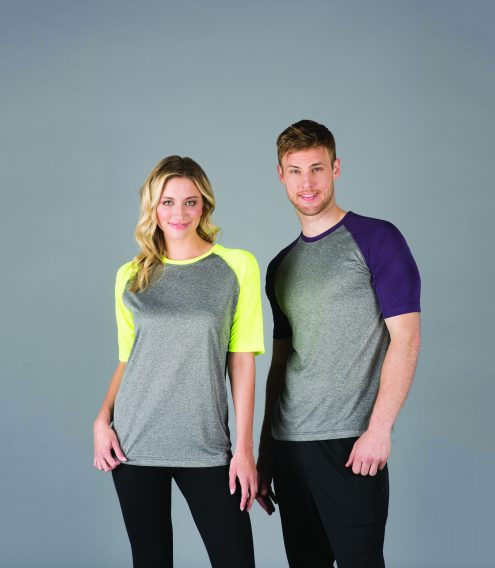 “Both [pullovers and polos] provide an  element of fashion, but with the benefits  of high-performance fabric, like moisture  management, UV protection, etc,” he said.

But, before you go all out on the bells and whistles, remember that you don’t want to go overboard. You want to give end-users promotional apparel they will use, but when you add too many features or unnecessary details, you risk burying the ones they actually want or will use.

“We think it comes back to the performance of the garment toward its original purpose,” Vanover said. “Gimmicks and anything that takes away from that original purpose aren’t likely to last. But, consumers will gravitate  toward innovations that make the apparel perform better. That is what happened with moisture management, odor resistance, UV protection, etc. Eventually, customers demand these attributes.”

So now that you know what to look for, you might be thinking, “Where do  I start? As in, what physical location should I start looking?”

Think of the way consumers window  shop. You might not be buying that designer jacket you see from the street (because it’s probably an absurd price), and you likely aren’t using high-end items like that for promotional purposes, but it still influences future decisions. We can use retail trends, especially in athletic apparel and the recently-coined “athleisure” for indication of what consumers want.

“These athletic looks and fabrications are dominating the retail market,” Rubin said. “The customers understand these trends because they see them daily at the retail level.”

Athletic apparel is ubiquitous at this point. Customers see products that look a lot more upscale and fashionable than the grubby gray sweats that Rocky dragged around South Philly. Think more Claire Underwood jogging in fancy gear in “House of Cards.”

Pique Polo by A4

Other items that were once written off as in-game apparel have made their way into the fashion world. Think of baseball T-shirts with raglan sleeves. Yes, they’re functional on the baseball diamond, but fashion tastemakers like American Apparel have been selling them to the streetwear market for years.

“I am particularly excited about our triblend collection, consisting of T-shirts, baseball shirts, zip-front and pullover hoodies,” Rubin said. “We developed these fabrics to achieve the right hand and softness to make them as comfortable to wear as they look. It is a young fashion trend that has become a staple in the market.”

It’s that balance of fashion and function that consumers want in athletic promotional apparel. Vanover highlighted one polo item at A4 that he feels checks both of those boxes.

“We have a new polo ... that we are really excited about,” he said. “It’s a pique polo made from a birdseye high-performance fabric. It hits that intersection between fashion and performance dead on.”

So, make it a goal to fully understand the athletic apparel market. It could pay off by way of big sales.