Promotional Jackets and Outerwear: Trends to Watch in a Changing Market

Over the last six months, pretty much everything has changed. There has been bad news almost nonstop. And even if your life or business hasn’t been significantly impacted by the pandemic, your daily routine is most likely not what it looked like back in early March. While there have been plenty of challenges to overcome, there has been at least one change that’s for the better: More people are getting outside.

The outdoors have been a relatively safe space, leading to an increase in walking, hiking, running and other outdoor activities. Fewer people are taking public transportation, opting instead to walk or bike. While COVID-19 hit full force in early spring and carried through the summer, it’s unfortunately still going strong, which means people are going to start needing outerwear and jackets if they want to stay outdoors without freezing in the colder months.

With that in mind, we caught up with three industry outerwear experts about what styles to look out for this year, what’s changed in the market and what to know about promotional outerwear and jackets. Here’s what they had to say. 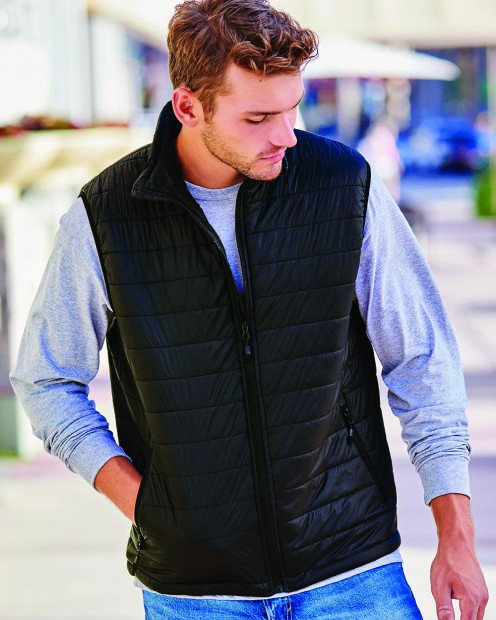 Trends are changing all the time, but with a pandemic thrown into the mix, it can be tough to keep up with everything that’s new. To get us up to speed, Nolan Parker, national accounts manager for S&S Activewear, Kansas City, Mo., shared some of last year’s trends and told us how they’ve evolved for the current circumstances.

Parker said that 2019 was actually a big sales year for promotional outerwear. His guess was that end-users were diversifying their closets by adding lighter, layering-type options to complement their usual assortment of parkas and heavy jackets.

“Last year was a fun year for outerwear,” he said. “I’m [not] sure if it was warmer weather, or everyone just realized that for the most part they’re in and out of their warm cars or offices, but lighter-weight styles were top   of this list. We sold a lot of windbreakers and bomber jackets from brands like Independent Trading Co. to customers that in years past bought softshell jackets.” He added that more “feel-good fabrics and bright warm colors” are being introduced to the S&S Activewear line.

Shelley Renning, vice president of merchandising for SanMar, Issaquah, Wash., noted some shifting consumer preferences in this category. Mainly, she said, consumers are looking for jackets that focus on water resistance, warmth and other features. But even then there are exceptions for specific jacket styles.

“With that, one silhouette defies this trend and that is the anorak. The classic pullover hooded style, like our Sport-Tek Colorblock Raglan Anorak, is a half-zip with a front pouch pocket that crosses over to meet sports-minded appeal as well as lifestyle wear.”

At FPS Apparel, Chester, N.Y., Kevin Johnstone, director of sales and marketing, mentioned that the overall popularity of ’90s nostalgia and throwback apparel pieces was now translating to outerwear. He shared a case study about a recent promotion for a ’90s favorite.

“Dunkaroos did an awesome merchandise line—that we at FPS helped create—to release with the return of Dunkaroos,” he said. “We created a custom throwback ’90s anorak for them, among other products. It really gave the nostalgic feel they were looking for, and I’m sure [it] resulted in a huge re-release of their product.” 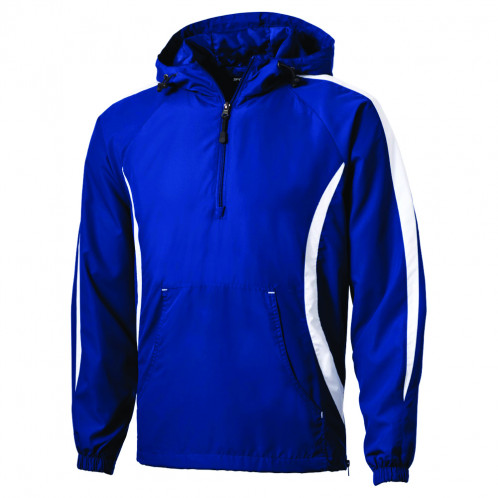 As we mentioned earlier, the weather was just beginning to warm up when the pandemic hit the U.S., so up until now there haven’t been significant spikes in outerwear demand. That should change soon, but there’s one related category that has already seen increased demand: workwear.

“Essential workers were critical to many areas of our communities, including those who work outdoors and need rugged workwear apparel like duck cloth jackets seen in the Carhartt Quilted-Flannel-Lined Duck Active Jac or a mid-layer fleece,” Renning said. “The workwear aspect is not just for worksite function. It also has crossover appeal to a lifestyle market and is on trend for fashion-savvy consumers.”

The rugged and protective aspects of this kind of apparel could carry over into the general outerwear category, resulting in jackets with built-in features in response to the pandemic. Johnstone is already seeing this happen. “I think the trend for all products going into the fall/winter and into 2021 is to have some element of safety, obviously due to the pandemic,” he said. “We’re about to release a hoodie with a customizable protective neck gaiter built in, for example.”

With a large number of end-users continuing to work remotely, loungewear and athleisure styles have taken over in apparel overall. That trend also extends to the outerwear category. Johnstone mentioned comfortable hoodies and sweaters as examples. “Probably with a lot of people still working from home, comfortable clothing is hotter right now than traditional corporate wear,” he said.

Parker pointed to that same trend, noting its impact on buyer markets. “Traditional corporate opportunities have moved more to sweatshirts and fleece, which we consider transitional pieces,” he said. “The reason being? Most corporate companies have adopted a work-from-home strategy for the near future. Online retail as well. I think if you’re looking for the big outerwear opportunities this year, set your sights on the industries that are booming, like transportation and construction.” 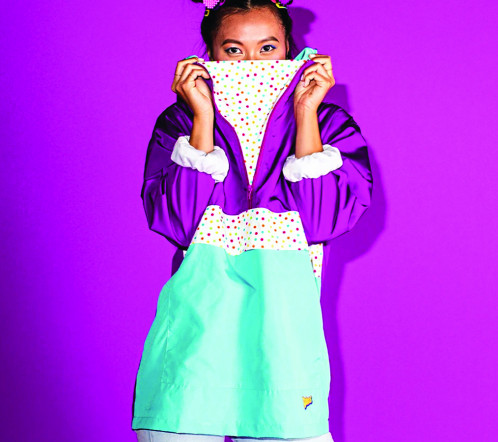 The Anorak by FPS Apparel

While business might be slowly picking up again, it’s going to be tougher to make that final sale. Buyers and consumers both will be more discerning in their product choices.

“The biggest challenge for the near future is the great uncertainty of what’s ahead,” said Parker. “Companies aren’t necessarily struggling from a business sense, but what they are struggling with is whether or not buying promotional products this year is the right use of their money. As salespeople, we have to not only show great options, but also show the value of the opportunity and what the consequences are of not following through on the project.

“Opportunities that you’ve had in previous years likely look a lot different than they have in years past,” he continued. “You may have to put in some real effort this year. Budgets have changed, and so have business and promotional strategies. Shoot, in a lot of instances, people making the purchasing decisions have changed as well. The same easy order you’ve had for years, you’ll likely work harder than ever on in the coming year.”

Johnstone believes the same. “I think since the pandemic people expect more for their dollar,” he said. “They want quality products and designs to make impactful products for their customers, since times are tough with spending. Every dollar counts these days. End-users are only reaching for their wallets for products/brands that have made them feel seen or heard as customers.”