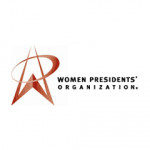 The Women Presidents' Organization (WPO) released its 50 Fastest Women-owned/led list, which showcases 50 of the fastest-growing companies owned or led by women. The companies generated a combined $4.96 billion in revenue last year. Two promotional products companies, Boost Technologies LLC, Dayton, Ohio; and Overture Promotions, Vernon Hills, Ill., made the list at No. 39 and No. 48, respectively.

"This year's 50 fastest list represents our most diverse ranking ever, with an immerse geographic reach covering 20 states and one international winner in Turkey, as well as industries ranging from energy-efficiency services to cybersecurity and engineering," Marsha Firestone, Ph.D., president and founder of WPO, said in a press release. "We are once again so very pleased to partner with American Express in paying tribute to these influential women and recognizing the vital role that women-owned/led companies have in boosting the economy and enhancing overall job growth."

WPO ranked eligible companies according to a sales-growth formula, combining percentage and absolute growth. To qualify for the ranking, businesses must be privately held and women-owned/led, and must have reached revenue of at least $500,000 by the first week of 2011 and $2 million by 2015.

"We are thrilled to be named on the 50 fastest list for the fifth time in six years," said Anita Emoff, CEO of Boost Technologies LLC. "We attribute our growth to putting the customer first. The team is committed to ensuring every customer has a positive experience. Spoiling the customer through trusting relationships is one of our core values that we take seriously. We recently added to our executive staff a new president, chief financial officer, and vice president of sales and marketing to continue to drive our tremendous growth. Having these individuals in place really solidifies our team and we're excited about the opportunities in front of us."

"We're humbled by the inclusion within the WPO Fastest-growing Companies list this year," said Heather Sanderson, CEO of Overture Promotions. "The credit goes completely to our employees. I'm very fortunate to be part of a company that has passionate team members who come to the office and truly care about what they do. Happy employees equal happy customers, and that's something we strongly believe in."

WPO and American Express honored all 50 companies at a special awards ceremony during the 2016 WPO annual conference in Baltimore on April 8.

"According to our recent State of Women-owned Businesses report, the number of women-owned firms grew at a rate of five times faster than the national average since the recession," Susan Sobbott, president of global commercial payments for American Express, said in a press release. "We are thrilled to showcase the successes of these 50 honorees in order to inspire other women to build high-growth businesses."

Among the 50 companies on the list, the average age of entrepreneurs was 49. Ninety-two percent of CEOs founded the businesses, and 90 percent plan to continue to grow their companies.