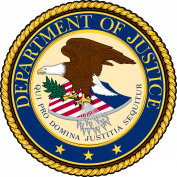 Last month, we reported that Totally Promotional, Coldwater, Ohio, was being investigated by the FBI for possible price fixing in the promotional products space. Yesterday, the U.S. Department of Justice announced that Azim Makanojiya, president of an unrelated promo company, Zaapaaz Inc. (WB Promotions Inc., Wrist-Band.com and Customlanyard.net), pleaded guilty to conspiring to fix prices for promotional products.

The Department of Justice reports:

According to the felony charges filed today in the U.S. District Court for the Southern District of Texas in Houston, the conspirators attended meetings and communicated in person and online. The investigation has revealed that the conspirators used social media platforms and encrypted messaging applications, such as Facebook, Skype and Whatsapp, to reach and implement their illegal agreements. Specifically, the defendants and their co-conspirators agreed, from as early as 2014 until June 2016, to fix the prices of customized promotional products sold online, including wristbands and lanyards. In addition to agreeing to plead guilty, Zaappaaz has agreed to pay a $1.9 million criminal fine.

"As today's charges show, criminals cannot evade detection by conspiring online and using encrypted messaging," said Andrew Finch, acting assistant attorney general of the DOJ's antitrust division. "In addition, today's charges are a clear sign of the division's commitment to uncovering and prosecuting collusion that affects internet sales. American consumers have the right to a marketplace free of unlawful collusion, whether they are shopping at retail stores or online."

Acting U.S. Attorney Abe Martinez said that the U.S. government will continue to investigate and prosecute businesses and individuals who seek financial gain through illegal means.

Makanojiya's charge of price fixing carries a maximum sentence of 10 years in a federal prison and a maximum fine of $1 million. This fine can be increased to twice the gain derived from the crime or twice of the loss suffered by the victims of the crime if those amounts are greater than the $1 million maximum fine.

The plea agreement is still subject to court approval.

We'll continue to follow this story, as well as the story of Totally Promotional, as they develop.