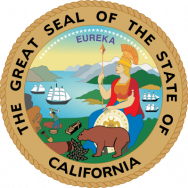 Over its much-debated and frequently litigated existence, the Safe Drinking Water and Toxic Enforcement Act of 1986, often dubbed Proposition 65, has sought to preserve the health of the residents of California, whose voters sealed its legal status through a 63-37 percent vote. However, the ensuing decades, which have seen the measure’s covered chemicals soar from 30 to more than 900, have necessitated changes in implementing the act. Come August 30, 2018, amendments to the document will go into full effect, with the modifications altering the Clear and Reasonable Warnings elements within Article 6 of Title 27 of the California Code of Regulations.

Responsible Implementation
Business owners, property managers, manufacturers and retailers will be charged with adhering to the new guidelines that the Golden State’s Attorney General’s Office will enforce. The existing regulations, which numerous entities have already begun to abandon in preparation for next summer’s complete revamp, must reveal that an area, a business or a product could expose Californians to chemicals known to officials
to cause cancer or reproductive harm.

The Office of Environmental Health Hazard Assessment (OEHHA), the administrator of the Proposition 65 program—which district attorneys or city attorneys in cities whose population exceeds 750,000 can also exact—cites additives or ingredients in pesticides, common household products, food, drugs, dyes or solvents as the caution-causing chemicals, and the revised protocols will compel the aforementioned groups to name at least one offender that they could end up encountering.

That reworking, according to the California-based environmental engineering and consulting firm Alta Environmental, will require more extensive knowledge and testing of products or exposure areas, and additional attention to detail when the affected proprietors and manufacturers prepare and issue signs and notices, all of which must include the Proposition 65 informational website’s address. Given that violating the rules will result in daily penalties as high as $2,500, OEHHA and Alta Environmental have frequently pondered the financial components of Proposition 65.

The former has stated it “is working to make the law’s regulatory requirements as clear as possible and ensure that chemicals are listed in accordance with rigorous science in an open public process” so as to keep costs relatively low. The latter has said the new stipulations “have increased the burden on entities required to provide the warnings, and opened the door for a new round of lawsuits once the requirements become effective."

Securing stances from legal practitioners can offer a more intense look at the practicality of the variances, especially as those changes relate to consumer products, which an OEHHA report notes will feature warnings on product labels themselves, on shelves or displays near the items, or through electronic devices.

Distributors will also feel pressure, as the sweeping changes will expand the warning to “prior to purchase,” meaning, among other things, they will find themselves placing alerts in their catalogs, including print and online materials published for any portion of 2018. We connected with Trent Norris, a partner with Arnold & Porter Kaye Scholer LLP; and Daniel Herling, a member of Mintz, Levin, Cohn, Ferris, Glovsky and Popeo, P.C., both located in San Francisco, Calif., for their thoughts on the proceedings.

Histories and Mysteries
Proposition 65, according to a California Environmental Protection Agency report, “does not ban or regulate the use of listed chemicals or the products that contain them, and therefore it would be beyond the scope of Proposition 65 to require a warning telling certain individuals not to use a product.” OEHHA, however, has thoroughly looked at the chemicals and has issued safe harbor levels for more than 300 of them.

Businesses have been able to receive exemption from warning requirements or “discharge prohibitions” if exposure to a chemical occurs at or below the levels, which consist of no significant risk levels for chemicals listed as causing cancer and maximum allowable dose levels for those listed as causing birth defects or other reproductive harm. An Alta summary of the amendments contends that reducing lawsuits related to Proposition 65 stands as an explicit goal, as 2015 yielded 582 settlements totaling $26.2 million in penalties for violations, but the account also says “the final rule may have the opposite effect due to the complexity of the new warning requirements.”

“There are lots of arguments about whether Prop 65 has resulted in benefits for consumers, but there is little data supporting the competing positions,” Norris, who has defended or advised more than 1,000 businesses in Proposition 65 matters over his 24-year California career, said. “Proponents of the ballot initiative recite many anecdotes and point to many, many settlements in which listed chemicals were either eliminated or reduced in consumer products. The extent to which that has benefited the public, and
whether the expense and burden on the economy was commensurate, are the center points of the debate.”

Norris added everyone would likely agree that Proposition 65 has affected how companies do business in California and how national, even global, production occurs.

“I believe Prop 65 has become the victim of unintended circumstances,” Herling seconded. "It has evolved into a cottage industry for ‘citizen enforcers’ where attorney’s fees and additional settlement payments have become paramount, and several court decisions appear to have placed form over substance.”

Herling, with a decade’s worth of defending and counseling entities in Proposition 65 matters, believes implementation of the regulations will depend on how courts interpret the rules regarding the warning obligation of the retailer.

“Currently, the retailers may be sued and then turn to the suppliers (some of which have
fewer than 10 employees) to deal with the Prop 65 notices,” he said in referring to the law’s exempting businesses with under 10 employees from giving clear and reasonable warnings to individuals before “knowingly and intentionally exposing them to a chemical listed as known to cause cancer or reproductive toxicity.”

“This puts untold pressure on the suppliers to settle," he continued. "Also, the new warning regimen for on-package labeling makes warnings for personal care products almost undoable. What company wants to put a warning sign about cancer on its shampoo product?”

Norris dubbed the new safe harbor regulations “a mixed bag,” adding he felt the present ones “were basically working well for businesses.”

“There is greater clarity on a number of issues that we have had to muddle through, and certain industries and situations are very well-defined now,” he said. “But for many businesses, the new warning regulations mean needing to change an existing warning, and certainly needing to reevaluate how they provide warnings currently, which all costs money and takes people away from more productive tasks.”

The attorneys have experienced frustration when conversing with clients, with Norris
pointing out that restaurants, in particular, given their great number in the state, will be particularly burdened because many have had the current warning posts for decades. Herling said his clients view the changes as “another in a line of regulatory requirements that are California-specific only [and] that make it difficult to do business here.”

“As one of the world’s largest economies, California cannot be ignored,” Norris said of the looming legislature. “And as much as it seems unfair, businesses need to consider California’s unusual requirements very closely in product development, sourcing, distribution and labeling. The new warning regulations make it important to reevaluate compliance with Proposition 65 as well, and particularly since the law is enforced primarily through private lawsuits by people who are not accountable to the citizenry.”