"Adorable" might be a shocking description of airline uniforms, but stick with us for this one. Australian airline Qantas unveiled a new collection of children's airline uniforms for the future aviators of the world.

According to Paddle Your Own Kanoo, little ones can either dress up as cabin crew or pilots. The designs are based on the real uniforms flight crew and pilots wear, which are designed by the airline's creative director of fashion, Martin Grant.

Uniforms are available for both male and female cabin crew members, while the pilot uniforms are unisex. 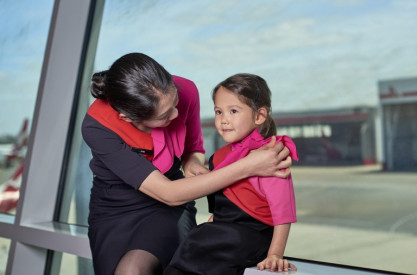 “We hope the new dress-up range will allow children to let their imagination fly and embrace the magic of travel,” Olivia Wirth, chief customer officer at Qantas said at the launch. "Many of our pilots and cabin crew chose careers in aviation after their first flight with Qantas, so we want to find ways to create memorable experiences and inspire the future generation of Qantas customers and employees."

The airline didn't skimp on the details, either. The pilots uniforms feature gold embroidered stripes, and the hats feature the airline's logo. The cabin crew girls' uniform features a shift dress with red and fuchsia color-blocking. 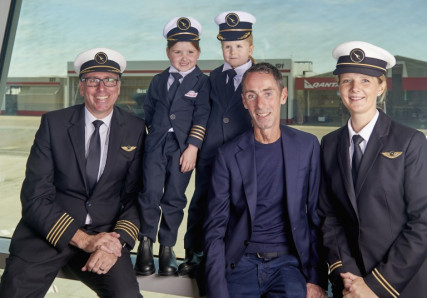 With most airline uniform news these days focusing on American Airlines' troubling new uniforms, we so appreciate reading about this adorable uniforms launch.