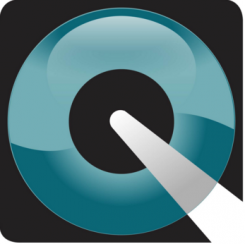 Quality Certification Alliance, Chicago, announced a newly restructured participation model and tiered fee structure to further engage and include distributors and end-buyers, along with providing more access for suppliers and distributors of varying sizes.

"What we've done is, now that the industry has matured and evolved, we took a good, hard look at ourselves over the last year—what the end-buyer expectations are out there, the marketplace environment, our members, clients, prospects—and we just decided, 'You know what, for us to remain relevant as the leader in this, and to really take QCA to the next level, we needed to revitalize our program," Tim Brown, MAS, executive director of operations for QCA, told Promo Marketing. "When I say revitalize, it's really re-energize it and adapt it. 'Adapt' is a big word. We had to adapt with the times. There's much more information out there these days."

QCA's tiered fee structure allows for more businesses to have a seat at the table, so to speak.

"Engagement and inclusion are really key pieces of this," David Clifton, chief marketing operator for alphabroder and president of QCA's board of directors, told Promo Marketing. "To succinctly say it, we're simplifying, we're modernizing and we're expanding QCA. And we're creating a value chain from the supplier to the distributor to the end-user, and from the end-user to the distributor to the supplier. So, we're expanding it from the constituent standpoint to be much more inclusive of the distributors and the end-users. I would also say that we're endeavoring to take product safety, social and corporate responsibility, and compliance, and convert it from a push model to a pull model. And to do that, we're really looking to educate the end-users and engage with the end-users around product safety, and corporate and social responsibility, and inform them of distributors who are of like mind."

End-buyers who are now able to be involved in QCA can receive education via webinars and other content, as well as participate in roundtable discussions that will occur either annually or bi-annually. They'll also be able to share information with QCA regarding expectations for the industry, how QCA can improve upon its own program, and what the alliance can do to ensure that the industry is holding itself to the highest standard in terms of brand safety and responsibility.

According to Brown, it became more evident that QCA needed to educate people further after having discussions with people at trade show booths. Some people weren't aware of what they did, or thought he was trying to sell them something. He found he was speaking with people who had a negative impression of the promotional industry, and decided to educate them further and give them a more powerful voice within QCA and the industry's social responsibility movement.

QCA also announced a five tier accreditation program in addition to the tiered payment structure. QCA accreditation currently has two tiers, but will move to a five-tier system that will allow for greater participation by suppliers of all sizes. Brown said that QCA also plans to fully roll out distributor and decorator certification programs by mid-to-late 2019.

"The distributor and decorator certification has long been something that the industry has asked QCA for," Brown said. "Many distributors are really involved and committed to this, and they wanted something they could hang their hat on. So this gives them the opportunity to grow their programs, to make their programs more robust with the help of QCA's expertise, and have an outside party come in and audit them to it, and after those audits get our seal of approval. That gives them a differentiator and a big competitive advantage out in the marketplace, and it's something they've been asking for."

Your Big Mac Moment: The Comfort of Safety Versus the Promise of the Unknown