Most bands sell T-shirts (sometimes featuring spelling mistakes). Others sell hats, tote bags and other merchandise items. For the most part, we never have seen items too far out of the ordinary (unless anyone wants to take any of our ideas). That was until Radiohead, which made the oath years ago never to do anything normal, decided to sell some off-beat merchandise, like a stuffed crying minotaur, according to Wow247.

Here are some other items Radiohead has made available:

Why? Who knows? Radiohead always has done things its way. This stuffed creature features phrases, like "Right hand pull trigger, left hand shrug shoulder," and "Checks and balances carrots and sticks," both of which have appeared on older Radiohead T-shirts. 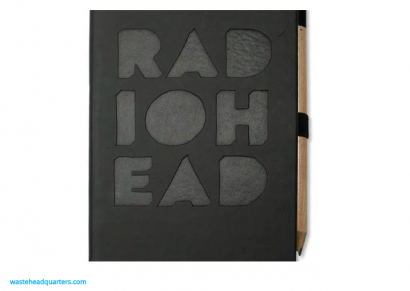 This notebook, which includes a pencil, has the band's name debossed on the front. End-users could probably write phrases, like "Checks and balances carrots and sticks," as much as they want inside of it. 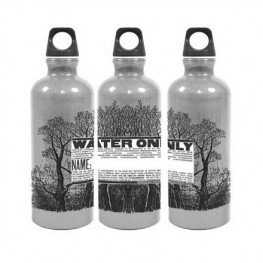 This isn't such a crazy idea. After all, for a band that has played on the festival circuit for some time, it's nice that they want their fan base to stay hydrated. According to Wow247, the bottles are aluminum and feature unbreakable coatings inside. The bottles' labels also explicitly say that they are for water only.