After Adidas introduced some of its products made from recycled plastic from the Indian Ocean, soccer (read: fútbol) fans got to check out some of the apparel on one of the largest stages in the world, as Spanish soccer giants Real Madrid took the field in the recycled gear, according to Yahoo.

While Real Madrid's all white apparel appeared to have held up just fine, a heavy rain rendered the jerseys nearly see-through, allowing fans a good look at players, like Cristiano Ronaldo. 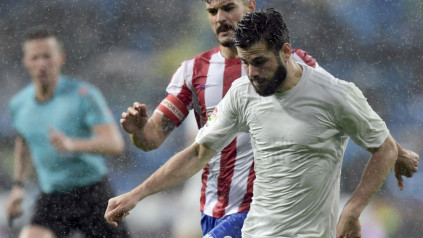 Real Madrid unveiled their jerseys made from recycled ocean plastic. (Image via Yahoo)