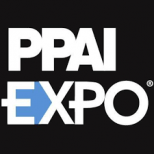 As the 2017 PPAI Expo comes to a close, we spoke with Paul Bellantone, president and CEO of PPAI; and Mary Jo Tomasini, MAS, chair of the board of directors for PPAI, about this year’s event.

“I think this Expo has been fantastic,” Tomasini said. “I am hearing just incredible feedback from distriutors that are walking the show floor and suppliers that ares showing. They’re saying people are more engaged when showing up to their booths and asking insightful questions, and they just seem to really have a stronger interest in the product. And I know the traffic is up. Our pre-show registration was up, and then we had people who showed up to on-site registration. I think this is going to be one of our best shows in recent years.”

Bellantone had similar thoughts on this year’s event. He especially noted the positive outlook people have and a sense of stability and unity following the presidential election.

“People are a bit more optimistic,” he said. “Last year, at this time, there may have been about 19 people running for president, and we were so divided. Everybody was fighting everybody, and social media was just tearing things apart. Whether you like the election or not, people know where we are. They know who our president is, and they’re going about their business of being back in business. They’re focusing on their businesses rather than distractions.”

Both Tomasini and Bellantone said they’re looking forward to a big year for the promotional products. Tomasini specifically cited PPAI’s Get In Touch campaign as a source of pride and excitement.

“It’s something that we’ve spent a lot of time and money on, but it won’t mean anything if suppliers and distributors don’t get behind it and actually start promoting it. So I have literally told people that if they just opened yesterday and haven’t sold their first order to use these materials. And if they’re the largest distributor in the industry, they should be using these materials. If we can do that, I think we’ll really build some momentum behind this.”