Results of our Presidential Poll Mostly Echo Electoral Map, but Not Quite

Over the past week, we ran a poll asking readers their opinions of President Trump after his first week in office.

After more than 300 readers responded, we found the results to be fairly polarized. 42 percent answered "very bad," 37 percent said "very good," 10 percent said "good," 4 percent were neutral and 7 percent said they had a "bad" impression of Trump after his first week. 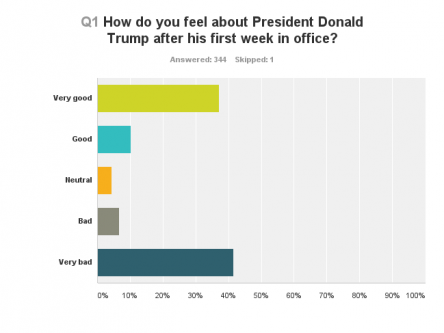 This makes sense, given the results for this election. 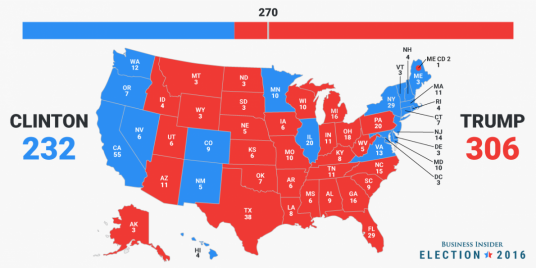 Some of you might also remember that we ran a similar poll in October. 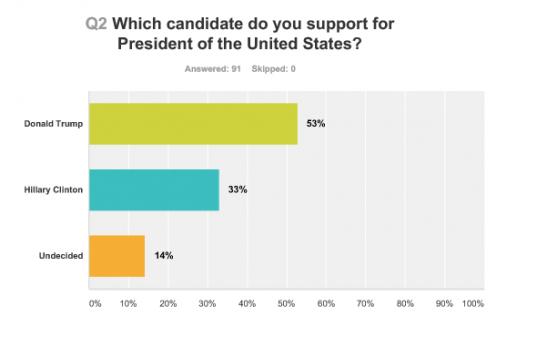 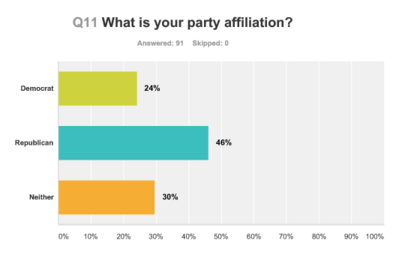