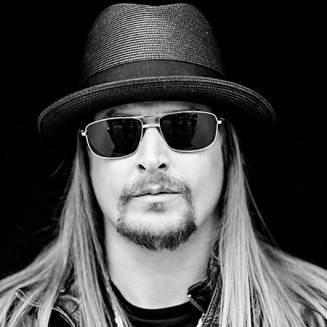 When you pen a song called “American Bad Ass” and frequently find yourself in legal limbo, you could probably not give a rat’s rear end when someone takes issue with how you name something. Such is the case with Kid Rock, who on Friday joined Live Nation as an impending courtroom adversary of Feld Entertainment. The entity is suing the singer and the entertainment company for trademark infringement, holding that his Greatest Show on Earth Tour’s nomenclature violates the registered identifier that it used to promote Ringling Bros. and Barnum & Bailey Circus.

When he launches the concert trek with a Kansas City-situated New Year’s Eve gig, the man born Robert Ritchie will definitely have enough materials to label 2017 an interesting stretch. In July, the Michigan product announced he would seek a Senate seat in his home state, only to declare three months later that he had devised his “run” to draw attention to “Sweet Southern Sugar,” his 11th studio album, and the tour that will support it. With last week’s lawsuit revelation, the performer whose catalog includes the 2012 release “Rebel Soul” is allegedly revolting against authority, as Feld stated that he and Live Nation have refused to stop using its circus-centric slogan, which also shares its title with the lead track on “Sweet Southern Sugar.”

“We have authorized licensees for ‘Ringling Bros.’ and ‘The Greatest Show on Earth,’ but Kid Rock is not one of them,” general counsel Lisa Joiner said of Feld’s connections with such businesses and organizations as Chick-fil-A, MetroPCS and Easterseals.

“This historic trademark has been an important part of Ringling Bros. for the past century, and it is recognized as a trusted and iconic brand of family-friendly entertainment,” chairman and CEO Kenneth Feld added. “The Greatest Show on Earth continues to live on and will do so well into the future. We have no intention of surrendering the trademark or allowing it to be tarnished.”

His production company’s lawsuit defends the quality of the entertainment that Ringling Bros. offered patrons and charges that “A live performance of Kid Rock is antithetical to the family-friendly reputation of the circus and the trademarks.” Character critiques aside, Feld’s gripes are an overall attempt to preserve the integrity of a chief means that it used to market the pageantry that audiences across the country came to rely on from a trip to its famous circus. Given that Ringling Bros. ceased operations May 21, attorney Seth Miller, in representing the chart-topping rocker, stated in a November 16 letter to its brass that “The only use of the mark in commerce today appears to be in online merchandise sales, a far cry from my client’s rock and roll song or tour.”

The U.S. District Court for the Middle District of Florida is handling the matter, through which the plaintiff is looking to have Kid Rock discontinue his use of the phrase, part with unspecified damages and turn over moneys obtained from slogan-bearing merchandise. The timing of the Tampa-based filing will likely prove interesting, as Feld is seemingly going to be spending the early part of 2018 valiantly trying to keep Kid Rock from cashing in on the bold declaration of entertainment supremacy that propelled the circus, especially since he will not perform again until January 19 following his New Year’s Eve show. Considering that the 46-year-old has moved enough merchandise since the release of his 1990 debute, “Grits Sandwiches for Breakfast,” one thinks he could be in for a wacky winter as he tries to be not only a fan favorite but also a legal standout.