The Specialty Advertising Association of Greater New York (SAAGNY) announced the winners of the association’s annual awards during its Holiday Party, held at the Glen Island Harbour Club in New Rochelle, N.Y. Awards presented include supplier, distributor, John J. Pagano Multiline Representative, customer service representative, humanitarian of the year, and more. The Diamond Award winners were also announced, and the 2021 40 Under 40 recipients recognized.

The SAAGNY Board of Directors established these awards to recognize those companies and individuals that best represent the ideals of the promotional advertising industry. The winners of these awards were all nominated and voted on by the association’s members in balloting conducted in September and October. A selection committee determined the winners of the SAAGNY Diamond Awards and the 40 Under 40 Recipients. The winners were: 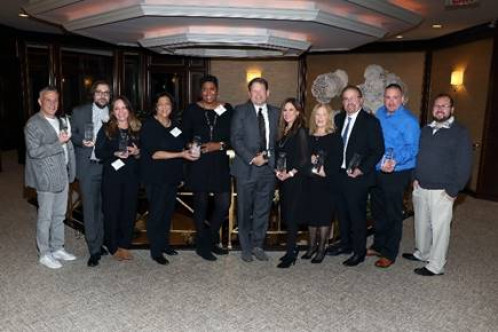 “So many faces both old and new gathered together to honor and celebrate success," said SAAGNY president Rachel Levin, CAS. "Seeing everyone out of the office and onto the dance floor was a great reminder of how important the SAAGNY community is. It was a night to remember!"

“Harvey was instrumental in actively fundraising and integral to growth of the Foundation," said SAAGNY Foundation co-chairs Lynn Millinger and Chris Bloomer. "The Foundation also wants to express our appreciation to Foundation past-president Melissa Casey for the gracious donation of the award created by Pacesetter Awards.”