Pacific Sportswear and Emblem Company, a 30-plus year patch and emblem manufacturer, had to react to a terrible plane crash right near its corporate offices that claimed the life of a UPS driver whose truck was struck by the plane.

Rich “Dr. Patch” Soergel, CEO of Pacific Sportswear and Emblem, worked for UPS as his first job and is a private pilot (his dad was a 40-year United pilot), with his office right down the street from the accident. 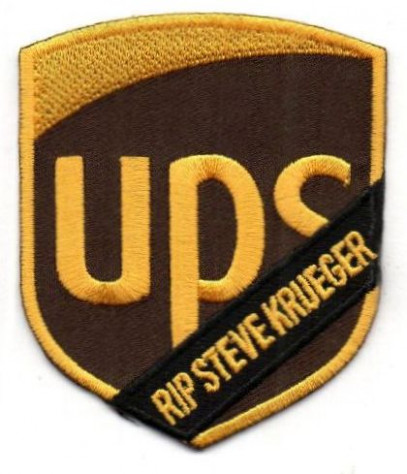 “I felt in my heart I had to do something to honor Steve, who drove for 30 years at UPS and was about to retire,” Soergel said. “I came up with a simple memorial patch that drivers could wear on their sleeves to keep Steve and his life at UPS in their minds. It was the right thing to do.”

The regional UPS manager embraced the patch right away, and ordered them for all drivers, with Dr. Patch donating 300 pieces for free.