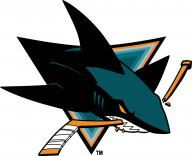 As brands look for new ways to market themselves, technology has come to the forefront in the promo industry, specifically technology that uses augmented reality (AR) and virtual reality (VR) to transform user experience. These technologies have the unique ability to blend the real and virtual worlds, and encourage user interaction on a variety of platforms.

Fans who attended the Sharks’ matchup against the Edmonton Oilers were given a bobblehead in the likeness of star center Logan Couture. This wasn’t your average bobblehead giveaway, however, as the Sharks’ marketing team had a clever trick up its sleeve—the bobbleheads were crafted to interact with AR, and if fans followed instructions on the box, they were gifted with an interactive experience on their mobile devices.

Come to the @SanJoseSharks game tonight vs. @EdmontonOilers to get a @Logancouture #BobbleHead Scan the @westerndigital logo with the Sharks app & get a special message from Logan. #Zeality #AR #VR @SAPCenter pic.twitter.com/QlaUEzXwzE

By downloading the Sharks + SAP Center mobile app and entering the augmented reality tab, fans could point their devices at the bobblehead to unlock special mobile content. This took the form of a first person video of Logan Couture’s gameday preparation.

The results were pretty interesting, as the marketing team found that 3,000 unique users accessed the content out of the 17,000 bobbleheads that were distributed. They also found that the vast majority of these users did so after the game when they got home, which shows that this type of experience can expand the team’s reach far beyond the confines of their stadium. They also plan to send a push notification to game attendees encouraging them to take part in the AR experience.

For the promotion, the Sharks partnered with Zeality, a media platform that specializes in immersive AR, VR and 360-degree experiences.

This AR promotion calls to mind a similar one that launched earlier this month in Los Angeles, where fans at the Staples Center for the 2018 NBA All Star Game were given the chance to use AR technology to unlock a pair of new Air Jordan sneakers through Snapchat’s new in-app store.

By using a bobblehead, however, the team behind this Sharks promotion has managed to deftly bridge the gap between augmented reality and physical experience, while also enlivening a promotional product beyond its usual ability to create a singular brand impression. The experience utilized a blending of traditional promotion, through the bobblehead, and mobile technology, through the app that users needed to download in order to take part, and in doing so may have pointed toward the future of the promotional giveaways.

By creating items that interact with current technologies, such as AR, the industry could also find business in designing the apps these products engage with, as well as in developing the specific content, such as video, that these interactive experiences depend on. With promotions such as this, there is a way to engage with brands beyond emblazoning their logo on products and apparel while also engaging directly with end-users. In the case of an app, for example, advertisements could be placed to monetize the end-user experience. Frankly, the possibilities here are numerous, if not endless.

If AR really is the future of the promo industry, then this could be a template for what that future will look like. If you ask us, things are looking pretty bright.