Getting Schooled: Being a Student of Educational Sales 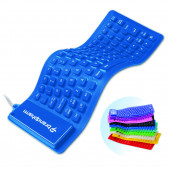 American poet and critic Ezra Pound declared, “Make it new” nearly a century ago, offering a sentiment that inspired countless modernist writers. Fast forward to the 21st century, and it becomes obvious that many fields have indirectly accepted the scribe’s advice to nurture novelty. Due to the sheer amount of budding brains in elementary, secondary and postsecondary schools, education compels practitioners to think of standout means to give students the best learning experiences.

Thanks to thriving academic settings, distributors should look to make A+ partnerships with suppliers part of their course of study to obtain solid sales. To help to take their industry allies to the head of the class, Promo Marketing reached out to Harris Cohen, president and CEO of All-In-One, San Diego, Calif.; Jack Gyr, founder of BookWear, Honor, Mich.; and Kelly Holmes, vice president of sales for Buffalo Bay, Greensboro, N.C., whose companies have all made the grade in helping institutions to earn high promotional marks.

Making a Difference
According to the National Center for Education Statistics, American educational sites enrolled almost 71 million pupils at the start of the 2016-17 school year. That tally, especially within the realm of colleges and universities, whose 20.5 million registrants constitute a 5.2 million bump since 2000, makes for countless opportunities to be innovative—because, as anyone who has instructed and/or raised a child knows, what works one day might fail the next. Much like teachers and administrators encourage their charges to be lifelong learners, distributors also need that push to be constant pursuers of wisdom.

“They need to sell ‘different,’” Gyr, whose company has sold to the sector for 17 years, said. “That’s what their customers want.”

He and his BookWear peers, having helped more than 650 facilities, count education as their major market and have gained prominence mainly through promotional “books” whose customized covers feature a client’s graphics, logo and message, and whose interiors contain a selection of 30 gifts. Thanks to two patents, BookWear, according to Gyr, gives distributors a proprietary product because the copyrights “eliminate the hundreds of suppliers of generic products.”

“There is so much competition that it’s necessary to sell ‘different,’” he said, noting that 2008’s economic crisis particularly hampered education, reducing marketing and travel budgets and increasing pressure due to online sales, resulting in what he dubbed “a double crunch.” “I think this is key, and what differentiates a distributor from others and from generic online sales,” Gyr added. “This makes samples essential because the customer needs to see what ‘different’ means and what the potential is. … A sample in hand helps both the distributor and client understand the creative potential. Then the chance for a sale and success is greatly enhanced.”

Courting Customers
Having each logged 27 years in targeting the market, All-In-One and Buffalo Bay have likewise instructed personnel to stay away from stale tactics and self-imposed restrictions on whom to court as customers.

“The sky is the limit with education-related items,” Holmes said of her employer’s emphasis on supplying neckwear, adding that the greater the enthusiasm, the more fruitful the results will be if distributors realize the vast number of contacts they
can access.

For Buffalo Bay, that pool, which Holmes said could help so many others to make an economic splash, consists of public, private and collegiate clients, granting it connections to university presidents’ offices and alumni associations who are constant wells of opportunities because of frequent fundraising endeavors. For other potential allies, she suggested avoiding receiving many lessons from the school of hard knocks by making it a point to woo recruiters, a practice that Gyr obviously also backs; paying attention to sites’ anniversaries; becoming aware of class reunions; studying scholastic and athletic logos; reaching out to bookstores; and remembering everyone’s favorite this time of year, ­graduation gifts.

“There are so many opportunities for growth in this segment,” Holmes offered. “And I firmly believe that this segment will only continue to grow.”

Binding Ties
Based on Holmes’ confident assertion, one might wonder which specific elements and characteristics that growth and development might have. Honesty is the best policy, as all schoolchildren learn, and Cohen testified that the axiom is vital in adulthood, too. “I don’t see a clear path [as to] where it’s heading,” he said when questioned about education’s direction within the promotional products industry.

“What is clear is the education market has become tech-savvy, and [clients] like products that have multi-purpose uses,” he continued. “Think of USB drives, multi-port USB hubs and Bluetooth keyboards. With the introduction of Chromebooks in the educational market, we are led from the original USB connectors to USB Type-C connectors. Today, new Chromebooks, and the new MacBook Pro lineup, use USB Type-C connectors instead of the standard USB port we are used to.”

With respect to giving gadgets their due, Cohen, whose company’s Flexible Waterproof Keyboard has proven a stroke of good fortune for banks and cell phone providers on college campuses, stressed that adapting new technology into promotional products is not as easy as an open-book test, but that those who remain diligent love watching the evolution and staying on the cutting edge. Like Holmes, he stressed something with which all pupils are deftly familiar, asking questions.

“With an inroad into one department on a university campus, distributors should ask for referrals and connections to the other departments,” he suggested. “Many distributors are unaware of the various purchasing arms within a college or university. There are the recruiting drives for high school students applying to college; the on-campus events and initiatives; alumni association dinners; fundraising campaigns and reunions; employee and staff gifts; and thank-you gifts for visiting speakers and professors.”

Minding Matters
“Growth mindset” has become a popular term in education, and the concept that people can build their basic abilities through dedication and hard work has relevant applications within the promotional products industry. Respecting it leads to a similarly valuable term for distributors, reorders, whose importance will always secure them a place on the sales honor roll.