Some Schools Move to Ban Backpacks (and ... Mechanical Pencils?) 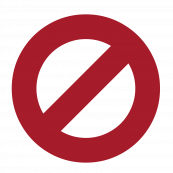 For many of us, high school was a stressful time. There were relationship dramas, missed homework assignments, failed tests and detentions. Remember that party you didn’t get invited to? That time you got hit in the face with a basketball during gym class? How about the time you got caught slipping notes to a friend and had to read the contents aloud for all to hear?

OK, that’s enough. Sorry for the stress and or nightmares brought on by any of those memories. The fact is, these were all rather normal high school experiences for the most of us. Looking back, we can laugh, but at the time they constituted a veritable array of daily crises that more or less taught us valuable lessons about growing up. Ain’t that sweet?

Nowadays, it seems, kids have to deal with a much different sort of stress. While all the usual suspects (see above) are still there, the past few decades have seen a dramatic shift in how schools address the issue of safety. If you’re a millennial, you might recall the occasional active shooter drill, during which you had to huddle in the back of a darkened classroom with the door locked. Policies such as this were instituted for the most part after Columbine, and as school shootings and other instances of mass murder at supposedly safe spaces like offices and parks became more frequent, these policies became more intensive and widespread. For older folks, this is comparable to the duck-and-cover drills of the Cold War-era.

Needless to say, safety drills at school have become regular occurrences, and while they are undoubtedly necessary, there’s a point to be made in that our children are being inculcated by our culture of fear, and that this culture of fear is injecting schools with more stressors than ever before.

Enter these most recent examples of regulation. In New London, Conn., the local school district has instituted a policy banning the use of mechanical pencils by students. The reason? Apparently, a local district had reported instances of students using the hollow writing instruments for the exchange of drugs. All questions of space and quantity aside, this issue was enough to warrant a district-wide ban of mechanical pencils. According to the policy, students caught using mechanical pencils will be forced to exchange them for their wooden counterparts, which will be handed out by teachers.

On a similar note, the Hazelton Area School District in Hazleton, Pa., has implemented a policy banning the use of backpacks in school. The decision comes in response to the recent shootings in Parkland, Fla., and Benton, Ky., which have exacerbated the ongoing nationwide debates surrounding school safety and gun control.

In the wake of this announcement, another school in Caldwell, Idaho, has decided that it will be banning the use of backpacks starting Wednesday, March 7. Following a Feb. 28 threat that led to an early excusal from classes for students, officials at Caldwell High School decided to be as proactive as possible by banning all backpacks.

In the case of New London, the banning of mechanical pencils will certainly raise questions as to the limits of such a policy position, as there are limitless ways for students to sneak contraband items into schools, as well as limitless means with which to do so, especially with regard to the sheer amount of products that could be misused in the process. As for the backpack bans, there will definitely be questions about the concealable nature of firearms and other weapons. In both schools’ cases, students will be allowed to carry binders and smaller portfolios to class, and in Hazleton in particular, the ban will work in tandem with the school district’s use of metal detectors.

While these bans could have a wider impact on the promotional products industry, there are undeniably greater things at stake here. With every regulation comes the question of individual freedom, just as every instance of violence against innocents raises questions about appropriate policy positions for lawmakers to take in order to ensure that people remain safe in schools and at work. This is nowhere more important than in schools, wherein the nation’s future grows and learns and develops into something we hope will do better than we have. Shouldn’t children be free to experience the ups and downs of adolescence without having to fear death itself? Obviously, this is not to say that we should shelter them altogether, but there must be ways to address such issues while remaining truthful about the often-dangerous nature of human life.

That being said, are mass shootings and drug abuse unavoidable aspects of human nature, or rather examples of failed policies and the shortcomings of us adults tasked with preserving the sanctity of youth wherever possible?

Should we even need to ban such things as mechanical pencils and backpacks from school? If the answer is no, then what else should we be doing?

The Evolution of Domino’s Pizza With Founder Tom Monaghan