In can be difficult to predict how the internet will react to your every move. Scientist Katie Hinde thought she was taking a stand against sexism, but ended up the subject of an internet witch hunt, according to Mashable.

Hinde was in a Target store when she noticed all the children's NASA shirts were in the boys' section. Upon seeing that, the scientist took it upon herself to take female empowerment into her own hands, and she moved the shirts to the girls' section of the store.

Later that day, she tweeted a photo of her store remodel: 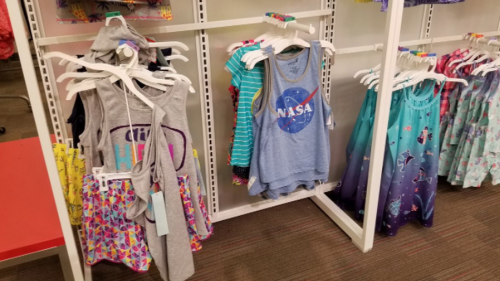 At first, much of the responses were positive, with Hinde receiving 25,000 retweets and 100,000 favorites. But then the responses started to turn darker, and social media commentators accused Hinde of creating more work for minimum wage retail employees.

White feminism is thinking you made a difference rearranging merch in one retail store and creating more work for minimum wage workers. https://t.co/PygFhWOyYe

Others pointed out that Target does, in fact, stock girls' NASA T-shirts.

We aim to offer great selection & variety for every guest, & our tees are no exception. Check girls’ selection here: https://t.co/H78uBotimz

"Yes, Target has NASA shirts for girls," she wrote. "But I never indicated which Big Box Store I was in, bc I was making a broader social critique of gendered children’s clothing."

She also pointed out that most of the girls' shirts she saw featured phrases that told them to smile more, be kind and share, while the boys' t-shirts centered around bravery and strength.