February, 2016: LVMH, the umbrella company that owns Louis Vuitton, lost a case against parody bag company My Other Bag.

December, 2016: Louis Vuitton took the case to appeals court, and the Court of Appeals for the Second Circuit sided in favor of My Other Bag, saying the items were parodies, and therefore didn't infringe on any trademarks or copyrights. 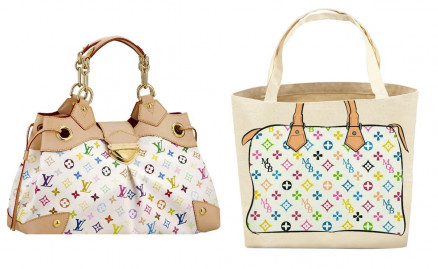 An appeals court found that My Other Bag's design fit the guidelines to be parodies, and did not infringe on Louis Vuitton's copyrights and trademarks.

That apparently wasn't good enough for Louis Vuitton, who took the case all the way to the Supreme Court.

And guess how it ended.

According to Bloomberg, the U.S. Supreme Court refused to revive the suit against My Other Bag, turning away an appeal from LVMH.

So, that about wraps it up for Louis Vuitton. You win some and you lose some. In this case, Louis Vuitton lost some.

The Best Super Bowl Promo Products We Saw in Miami