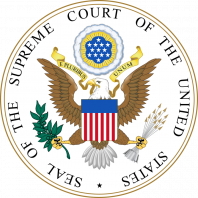 This week, the U.S. Supreme Court discussed the case in Minnesota regarding whether or not voters should be allowed to wear politically-related T-shirts, buttons or hats to polling places.

The case brought about interesting questions, as the justices weighed what exactly would fly and what would be prohibited.

According to the New York Times, Justice Samuel A. Alito Jr. asked a state lawyer about various items. The state's lawyer, Daniel Rogan, said that a rainbow flag shirt would be OK, "unless there was an issue on the ballot that related somehow to gay rights."

A "#MeToo" T-shirt would be political, too.

So, basically, there are a lot of gray areas for voters to potentially navigate. It pretty much all relies on the context of the vote, and what the wearer is hoping to convey (at least on the surface) through apparel.

However, other justices said that, while the lines are difficult to draw, it maintains the "dignity of polling places," and therefore what some might see as restrictions of free speech should be allowed.

"You should be able to have a time for some quiet reflection, or to do that important civic obligation in peace and quiet, without being bombarded by another campaign display," Chief Justice Roberts said.

It's similar to the case of Jacobellis v. Ohio, during which Supreme Court Justice Potter Stewart, while discussing what constitutes obscenity, said "I know it when I see it." Basically, the text of an amendment could be politically-charged one day, and innocuous another, depending on the political climate at the time.

"How are we supposed to police the line you're suggesting," Justice Gorsuch asked J.D. Breemer, the lawyer representing the Minnesota Voters Alliance.

"It's an invitation for arbitrary enforcement and enforcement that's not evenhanded," Justice Alito said. "And I have no idea where the line lies."