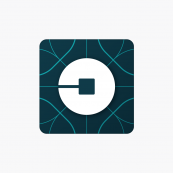 Christmas shopping can be awfully daunting. With so many gifts to get, and such a brief window of time to do so, the holiday season greets us each year with its own share of stress and anxiety. That is, of course, unless you’re actually a sensible person who doesn’t wait until the last possible moment to do important things. But life’s already tough, so why not just make it tougher? Yeah, maybe that’s not the best motto. Anyway, it seems some habitual procrastinators received an early Christmas gift this year in the form of a collaborative promotion from Uber, Fanatics and the Seattle Seahawks.

Thanks to Uber, fans of the Seattle Seahawks were able to get last-minute gifts delivered to their doorsteps just before the Christmas holiday. From Dec. 18 to 22, fans using the Uber Eats app were able to order Seattle apparel by searching “Seahawks” and then entering the promo code “Twelves.”

Drivers then picked up the apparel from Seahawks’ Fanatics-powered Pro Shop locations in order to deliver the gifts in time for the holiday.

This isn’t the first collaboration between Uber, Fanatics and an associated professional sports team. Last November, Uber partnered with Fanatics and the Chicago Cubs to deliver merchandise following the team’s victory in the World Series. That promotion came hot on the heels of a similar partnership between Uber and the LA Rams to deliver Rams-branded merchandise just in time for the team’s first game in its new home city.

Partnerships such as these show how distributors can use social media and technology in order to reach end users quickly and efficiently. With a e-commerce platform like Uber Eats, customers can easily place orders for the merchandise they want and ensure its delivery all at the same time. While this is undoubtedly a boon for procrastinators (especially around the holidays), it is an equally attractive prospect for businesspeople looking to save time wherever they can manage it.