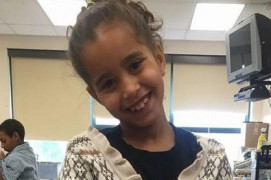 A second child has died as a result of the fire started by a hoverboard in Harrisburg, Pa., last week.

Last week's death of 2-year-old Ashanti Hughes was the first reported death related to a hoverboard fire in the U.S.

Chaka Crawford, Savannah's father's fianceé, told PennLive that Savannah ran upstairs to try to help younger relatives out of the house after the hoverboard burst into flames in the living room.

Steven Dominick was watching TV in the living room of his Harrisburg home Friday night while his daughter, Savannah, was on a laptop nearby. He heard a pop. He looked over at the front door, assuming the sound was someone knocking at the door or the creaking of an old house. Instead he saw the hoverboard, which was plugged into an outlet near the front door, burst into flames.

Savannah was in a medically-induced coma in the hospital, and was scheduled for surgery this week.

Dominick also told PennLive that he and his family are considering legal action against the Lazy Board hoverboard manufacturers. He claimed that the item, which is supposed to charge for two hours, had only been plugged in for 15 to 20 minutes before it caught fire.

The other children injured in the fire, a 3-year-old and a 4-year-old, have been released from the hospital.