Getting In On the (Still) Growing Promotional Caps and Headwear Category

We here at Promo Marketing have a penchant for  pithy quotes, so the sentiment “And all your future lies beneath your hat,” by English poet John Oldham, strikes us as particularly pertinent given this feature’s topic. When penning that line from his satirical “To a friend about to leave University,” the then-20-year-old University of Oxford product had a world of opportunities before him, much like  dedicated distributors who likewise believe that headwear can confer upon its wearers a certain admiration and refinement.

Times have definitely changed since 1674, and we know that Oldham was using a figure of speech to drive home his point about possible achievements, so perhaps we can engage in a bit of poetic license and say to promotional products businesses that a significant portion of their prospects should lie with caps, hats and the like. To keep distributors headed in the right direction on promotional caps and headwear, we connected with David Fiderer, senior director of marketing for Prime Line, Bridgeport, Conn.; and Joey Knight, assistant division director for Paramount Apparel International Inc., Bourbon, Mo., who offered tips and advice you will definitely not want to keep under your hat.

The popularity of a particular product can make it a promotional  marketing no-brainer for many businesses, but others might struggle  to make heads or tails out of their chances for success with that item. The promotional caps and headwear category finds itself teeming with so  many commercial opportunities that companies should always  consider it a chance to become a reputable and reliable partner to clients nationwide.

“For every business in the world, there is a logo, and everywhere we go we see logos,” Knight offered of the marriage between headwear and branding. “In every sporting event, you see a hat. On every delivery person, every golfer, every tech person, every service leader in various industries, you see a hat. The hat is universal and says it all.”

Based on that assessment alone, who could even think to doubt that a robust future exists for anyone using caps and headwear? We know full well, however, that many people need much more convincing, so  we are thankful that we have more room to offer extra takes on the matter. As Knight knows very well, a supplier with a knack for innovative concepts and relentless curiosity can prove to be a distributor’s best friend. When an industry peer is pretty sizeable, too, that makes the endeavor all the more enjoyable, as one knows that conversations on how to stand out will certainly, well, stand out.

Such is the case when dealing with Prime Line, which merged  with apparel bigwig alphabroder late last year. Having added headwear in 2012, with its value line, Jetline, following suit two years after, the Connecticut company has used the goods to bolster its reputation as a one-stop-shop for distributors, with non-woven caps teaming with beanies and baseball caps to give it its initial successes.

“The category continues to grow year over year—it’s nearly doubled in sales each year since its launch—and is flagged as a growth area,” Fiderer stated. “We just launched five alphabroder cap styles, all retail brands, to grow the offering in price point, with several more in the works, both brands and non-brands, to launch later this year.” 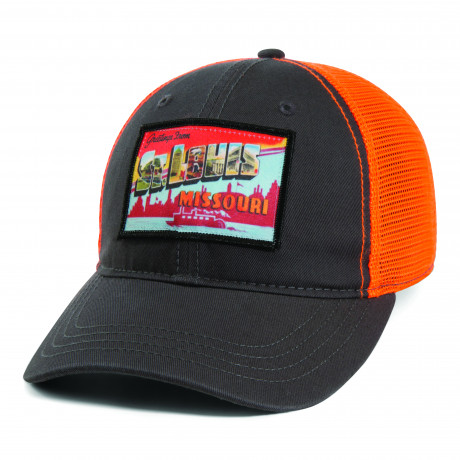 What makes promotional caps and headwear so appealing that Paramount  Apparel International Inc., Prime Line and many others have  elevated the category to must-have status? It all goes back to what Knight contended earlier—the items are ubiquitous. Millions of  consumers proudly show off their devotion to causes, organizations, sports teams and communities through branded headwear. Therefore,  nobody should ever put a cap on the number of possible sales  that these goods can lead to, as nothing ever seems likely to  slow their momentum. Having been in the headwear business since 1929, Paramount Apparel International Inc. certainly knows about  such dedication.

“Headwear is universal and, to our sales team, is one of the easiest things to incorporate into any sale,” Knight said, adding that the last three decades have found the company striving to stay on the leading edge of styles and decorating techniques thanks to imported caps that complement USA-made options. “Headwear runs in our blood and is the very core of what we do at Paramount.”

Similarly, the Prime Line team thinks of promotional caps and headwear as a constant provider of partnership glory, and is proving that not only with a fellow supplier in alphabroder, but also thanks to more customary interactions with distributors. As Fiderer and Knight have worked with said distributors, they have noticed a few trends that could catapult their clients head and shoulders above the competition.

“You can’t go wrong if you order mesh,” Knight said. “It has  evolved from [an] old-school farm hat to [a] trendy trucker. Of our top  10 styles, six of them have been mesh for many months now.”

Fiderer, on the other hand, noted that built-in tech features  such as Bluetooth (as seen in the Prime Line product shown  below) are also rising in popularity. He also hit on a few other trends  in promotional headwear.

“Beanie styles have essentially remained constant, though we see more in the heathered range of colors now than when we first launched,” he said. “Caps have gone through a number of cycles. They seem to be going a bit more toward retail now—softer fabrics, fitted styles, for example—but they are not new to the industry. They just seem to be trending now.” 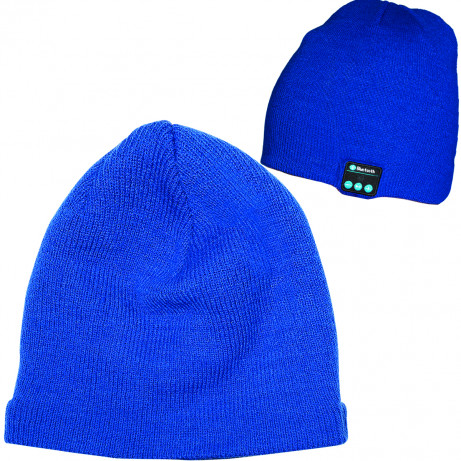 Looking ahead, Knight and Fiderer both believe this is a particularly exceptional time to enter the promotional caps and headwear market, with  adherence to those trends, including the use of four-color process printing, as a key starting point for earning distinction. With the summer upon us, more convenient styles will dominate, but that’s the ultimate allure with regards to the collective commodities—no matter the time of year, end-users will always covet standout styles.

“It is the closest thing to a person’s eyes, which are the first place you want to look at when you greet someone,” Knight said of a cap, hat or other form of headwear and how it can foster brand awareness. “People will keep looking at the wearer of said hat’s eyes and see your logo over and over. That is why a hat sells.”