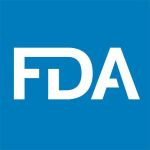 The Food and Drug Administration has overseen the Federal Food, Drug and Cosmetic Act since 1938. (Image via Twitter)

Since its 1938 inception, with President Franklin D. Roosevelt signing it into law, the Federal Food, Drug and Cosmetic Act has had somewhat limited authority over considerations of cosmetic ingredients’ identities. Eager to reduce the risk among consumers, senators Susan Collins and Dianne Feinstein are touting the passage of the Personal Care Products Safety Act, which would amend legislation intended “to prohibit the movement in interstate commerce of adulterated and misbranded food, drugs, devices and cosmetics, and for other purposes.”

“From shampoo to lotion, everyone —women, men, children—uses personal-care products every day,” Sen. Feinstein (D-Calif.) said in a New York Magazine interview. “Despite the universal use of these products, none of their ingredients have been independently evaluated for safety. This puts consumers’ health at risk, and we urgently need to update the nearly 80-year-old safety rules.”

Sen. Feinstein and her peer, a Republican representing Maine, proposed a 103-page modification of the handiwork by members of the 75th U.S. Congress, with the act, which the Food and Drug Administration (FDA) manages, defining cosmetics as “articles intended to be rubbed, poured, sprinkled, or sprayed on, introduced to, or otherwise applied to the human body…for cleansing, beautifying, promoting attractiveness, or altering the appearance.”

The senators have no qualms with the description, and instead are using the Thursday-introduced bill to grant the overseer more authority in ensuring product safety. Given that the governing body does not approve cosmetics, except for color additives, before they tend to the public’s bodily needs, the lawmakers are calling for layered reforms that would include the recall of questionably safe beauty products (current requests for return involving hazardous chemicals are voluntary); the issuance of regulations on Good Manufacturing Practices as they pertain to beauty; the inclusion of labels on products that include ingredients unsuitable for children; the annual evaluation of at least five ingredients for safety; and, perhaps most importantly, complete labeled explanations, online and in print, of an item's ingredients.

Though only four days old, the proposed changes have found favor, according to New York Magazine with industry heavyweights such as Estée Lauder, Johnson & Johnson, L’Oréal, Procter & Gamble and Revlon. The new call to consider the effects of chemicals on consumers brings to mind recent moves to rid personal care products of microbeads. We previously reported on decisions by Suffolk County, N.Y. legislators and Canadian figures to protect wildlife and the environment through their banning.

The Collins-Feinstein brainchild also makes for an interesting complement to the impending alterations to the Safe Drinking Water and Toxic Enforcement Act of 1986 (known as Proposition 65), which, though California-centric, likewise addresses being more attentive to chemicals’ harmful capabilities.

Chanel's 'Underwhelming' Advent Calendar Had Good Products and Packaging, But at Too High a Price
Comments
The Top Lists