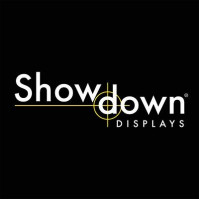 “Chad has been a key part of our success, and we were excited to promote him into this position,” said Pete Langdon, vice president sales, national accounts for Showdown Displays.

Rizzo joined Showdown in 2017 as a territory sales manager based in Texas. He quickly began developing strong relationships with Showdown's distributor partners throughout the Southwest, growing his business consistently year-over-year.

In his new role, Rizzo joins the company's strategic account manager team, which is responsible for the top-level relationships with a group of the industry’s largest distributors. His success while managing a territory and his prior experience prepare him well for this new responsibility.