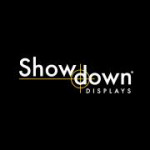 The Watson Group, Birmingham, Ala., which includes Bo Turner and Tina Jameson-Brown, received the independent sales representative award for the third time in a row.

Dan Donnellan, the key account representative for the Midwest region of the U.S. for Showdown Displays, won factory representative of the year. This was his second time receiving this award.

“Showdown Displays had another remarkable year of growth, in large part due to the outstanding efforts of our sales team," said Kevin Walsh, chief marketing and sales officer for Showdown Displays. "Dan, Bo and Tina not only set a blistering growth pace throughout 2015, but they also did so while demonstrating the core values of Showdown in the actions. We’re fortunate to have such quality individuals on our team.”