"Ted Lasso" took the world by storm with its messages of positivity and belief in one's self. It did the impossible: Made a U.S. audience care about soccer.

Thanks to the show's popularity, there have been plenty of fans looking for merchandise that celebrates the eponymous coach and his fictional Premier League team, AFC Richmond.

Like other television phenomena, "Ted Lasso" creates an opportunity to use something familiar and beloved to add to a personalized gift. Shutterfly just stocked its store with a host of "Ted Lasso" products that not only rep the show as branded merchandise, but can be personalized for that AFC Richmond fan in your life.

Most of the products feature some motif from the show, like a character's quote or the AFC Richmond color scheme. There are things like a can cooler where you can add your own photo and name, and the only thing that has to do with "Ted Lasso" is a little illustration of Sudeikis's character with "Team Lasso" and "Believe" in the corner. 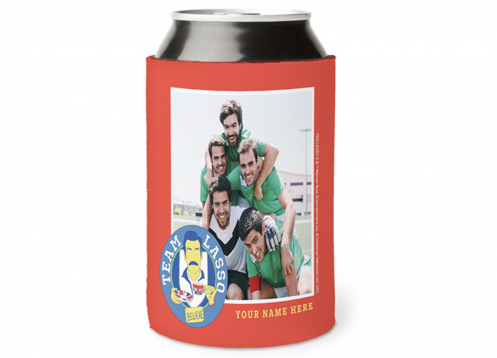 Or maybe you want something a little bigger, like a picnic blanket with three spaces for adding photos, with a fourth space featuring a box of biscuits (which Lasso brought his boss every morning) that says "Biscuits with [your name here]." 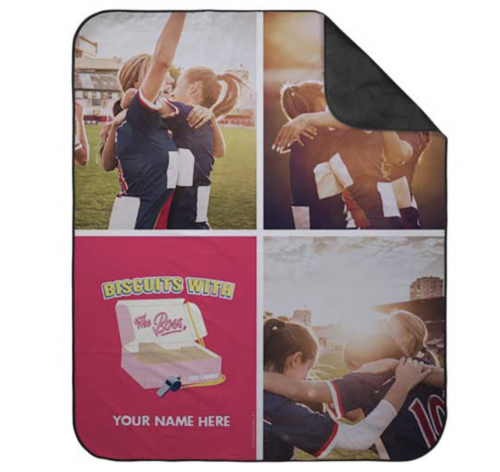 There's plenty more where that came from, like office supplies, drinkware, sports equipment and print products.

For a site like Shutterfly that specializes in customizable gifts and products, adding a well-known intellectual property like "Ted Lasso" suddenly appeals to people who otherwise might not have gone to the site for their gift shopping. They see a cool "Ted Lasso" bottle opener and think, "Oh, I know someone who just built a bar in their basement and loves this show." Boom. Birthday shopping done.

And for the folks behind "Ted Lasso," it creates a new stream for promotional products for people who want to buy something other than just a T-shirt or water bottle, instead opting for something totally unique or themselves.

Ted Lasso might not have fully understood soccer or the offsides rule when he took over at AFC Richmond, but the people behind the show fully understand marketing.

Previous "Ted Lasso" promotional merchandise focused on AFC Richmond as if it were a real team, which is great for world-building and familiarizing fans with the show's themes. But this move to collaborate with a customization hub like Shutterfly brings the show and its imagery to even more people.