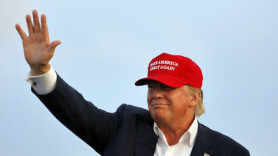 Donald Trump made it very clear in his campaign speeches—namely those in Rust Belt states—that he is a friend to the manufacturing industry, and he wants to keep jobs in America and bring back the ones that left.

And, a lot of small-business communities in the Midwest feel very good about that.

The New York Times reported that particular small businesses in the likes of Toledo, Ohio, feel a renewed sense of optimism not felt for a while:

More than any other president since Ronald Reagan, President Trump is moving to strip away regulations and slash taxes, said Jeffrey Korzenik, an investment strategist with Fifth Third, a large regional bank in the Midwest and Southeast. In meetings with cients, Mr. Korzenik has been making the case that these policies will rouse the slumbering animal spirits in businesses across America.

When asked by Korzenik about their outlook, The New York Times reported that] small business leaders spoke of "dark clouds lifting," and not having to worry about workplace oversight from environmental agencies. Others rejoiced over health care costs declining when the Affordable Care Act is repealed.

An article published by Bloomberg used that phrase "animal spirit," too.

"It seems like he's woken up the animal spirits," [Jamie] Dimon, chairman and [CEO] of JPMorgan Chase & Co., said Thursday in a Bloomberg Television interview in Paris. Confidence has "skyrocketed because it's a growth agenda," Dimon said, adding that he's not overly concerned about the possibility of a correction in equities markets, which have surged since the November election.

Related story: Results of our Presidential Poll Mostly Echo Electoral Map, but Not Quite