The selfie stick has become wildly popular among tourists and travelers, but unfortunately, with its metal construction and ability to retract, it kind of resembles a weapon. Because of that, it’s been banned from places like sports stadiums and festivals.

But, there’s no denying that they’re helpful when it comes to fitting groups of people in a photo, especially if you don’t want to bother a stranger to snap a picture for you. So, this new smartphone accessory, which discreetly contains a selfie stick, among other things, is pretty handy. 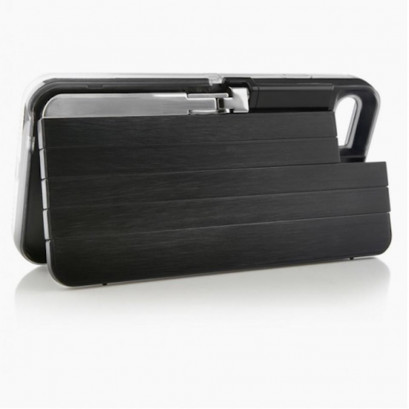 The Stikbox inclues a selfie stick that can fold up into the phone case. | Credit: Forbes

The Stikbox case lets selfie takers fold out a selfie stick that measures 20 inches, according to Forbes. When they’re done, they can fold it back up and conceal it for when they go into places like amusement parks or a football game.

People like things to be small and compact, especially in the smartphone age. For promotional distributors, this is a good thing to pay attention to. Something like this selfie stick, which fills a need for people and does it without making them carry around a bulky object (that they might not even be able to bring with them to certain places), can become an everyday item.

5 Reasons to Rebrand Your Distributor Business