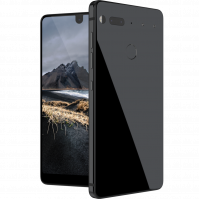 The developers of the Essential Phone are working to bring back the headphone jack. | Credit: The Verge

The new Essential Phone has been lauded by some as the next potential iPhone killer, meaning it would be the phone capable of dethroning Apple in the smartphone game. We’re not so sure about that, having never used the phone ourselves, but there’s one alluring feature that Essential announced that does give it one possible advantage.

It’s bringing back the headphone jack.

Before we all start celebrating the Essential Phone’s dedication to the traditional headphone jack and chucking our iPhones out the window (seriously, don’t do that. They’re expensive), let’s remember that this is a make-up move. That’s right, Essential removed the headphone jack just like Apple did.

But, at least the company is making good by recognizing that some people really like using traditional headphones instead of Lightning cable headphones or wireless Bluetooth headphones.

According to Tech Crunch, Essential is introducing a new accessory for the phone that will include a headphone jack, and attaches to the phone’s magnetic accessory connector.

Headphone jack enthusiasts will have to wait a bit, though. Essential co-founder Andy Rubin said in a Reddit AMA (Ask Me Anything) that the accessory is in development, but will be one of the first ones they release.

“We are under development on a number of Click Connector accessories,” he said on the AMA. “The first available should be the charging dock. We are also actively developing a high-end audio accessory to support a 3.55 mm jack. We are continuing t look at supporting ideas, like cameras.”

Smartphone customization has been a big hit in the smartphone world for a bit now. Motorola has bought in on the idea completely, offering plenty of options for users to customize their smartphones with things like camera upgrades and more.

What does this have to do with the promotional products industry?

I’m so glad you asked.

It’s not news to anyone in the promo space that smartphone accessories have been a focus in the industry. And that hype is only increasing. People want power banks, cases, external batteries, stands, speakers, you name it. If smartphones develop with the capability of this level of customization, it opens the door for promotional products distributors to supply new things like camera upgrades or different lenses, more data storage, or a headphone jack.

Conversely, if more people decide they want their normal headphone jack way of life back, it could compete with the increasing popularity of Bluetooth headphones, thanks to the likes of Apple for taking away the traditional options.

Selfie Lighting Rings Might Be the Next Big Tech Item