These days, if fans are not happy with a team's new uniform choices, they'll definitely voice their discontent. (The Los Angeles Chargers learned that one the hard way.) Now, the Washington Wizards are feeling the wrath of scorned fans, according to CBS Sports.

The team's Monday night game against the Oklahoma City Thunder was broadcast on national television. Because of the national exposure, a larger audience witnessed the team's racing stripe uniforms, and it did not go over well. 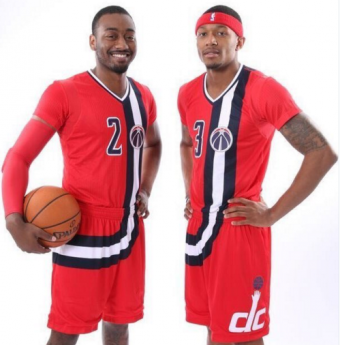 The uniforms sparked negative comments on Twitter, like "The Washington Wizards have the most hideous uniforms I've ever seen."

#Wizards uniforms look like space suits with an air hose dangling to the side.

No word on whether the Wizards will retire these jerseys for good, but one thing is for sure: The jerseys are not a fan favorite.

For suppliers and distributors in the sports apparel market, here's some advice: The pajama look might be trending in streetwear, but spectators would prefer it remains outside the sports arena.