By now, many of us are familiar with Loot Crate, the subscription service that delivers boxes of branded merchandise. Usually, Loot Crate boxes are filled with apparel, figurines and goodies related to cartoons, superheroes and comic books.

LootCrate has become so successful, that others are taking notice and building on top of that business model.

According to Forbes, the Sports Crate partnered with the MLB and MLB Players Association to provide team and player merchandise in a box on a monthly basis during the MLB season. 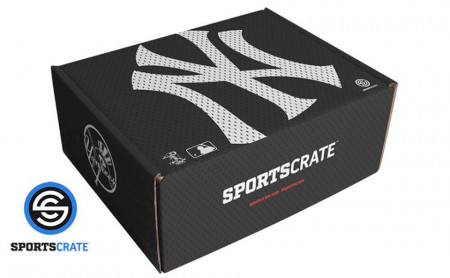 (Editor's note: It's probably for the best that the Phillies aren't participating yet, or else my desk/home would be covered in stuff.)

In addition to merchandise, like apparel and figurines, some teams are giving out fan experiences, like the opportunity to watch a game inside the "Green Monster" at Boston's Fenway Park, or a chance to venture into the Mets' media area. Fans also will receive five to seven original items each month that fans can't buy anywhere else.

Since the deal is a partnership with MLB and MLBPA, Sports Crate will get to work with all of the league's licensed sponsors, like Lids or Under Armour.

"There will always be a figure, because there's an unmet demand for sports figurines in the marketplace," Doug Wadleigh, senior vice president and general manager of Sports Crate, told Forbes. "And there will always be an apparel item in the box. The remaining three to five items will be tied to the theme for a given month, much like we have with Loot Crate, where the theme and the products within the box tie together."

The first theme will be "Bringing the Heat," and fans will receive an action figure of their team's starting pitcher and more items for Opening Day.

While most people see bobbleheads as a staple of baseball giveaways, Sports Crate wants to put their own unique spin on bobbleheads, and will focus on the figurines instead, Wadleigh said.

"We want to be the one-stop shop, subscription-based provider for all sports across multiple leagues, multiple teams and multiple geographies," Wadleigh said.