The State of the Sports Promotional Products Market: What’s Selling and What Comes Next

On March 12, sports stopped in front of a stadium of people. The Oklahoma City Thunder were about to tip off against the Utah Jazz when word reached the officials that someone on the Jazz had tested positive for COVID-19. The game never started. The fans went home. There hasn’t been any NBA play since. The next dominoes fell almost immediately after. The NCAA Tournament would be played in front of empty arenas, and then it wouldn’t happen at all. MLB Spring Training stopped. The NHL stopped just before the playoffs. Golf stopped just before The Masters.

Suddenly, sports were gone. And we were left to wonder when we’d get our normal sports routines back, or if we’d get them back at all. Five months later, we’re seeing signs of hope. The major U.S. sports leagues have resumed play, European soccer is returning in front of empty arenas, golf tournaments are going on as scheduled. But, at all levels, sports aren’t totally back to normal, and that has put immense strain on promotional products businesses that rely on sporting events from the pros down to the high school or youth level.

As we wait for sports to fully return, we asked three industry pros for insights on what’s selling in this market, what they expect the recovery to look like and what comes next for sports and spirit promotional products.

Stadiums Are Empty, But Fans Remain

The beauty of the modern world is that fans can watch their favorite teams from home, no matter where or when those teams play. Actually, forget home—thanks to smartphone technology, fans can watch literally anywhere there’s cell reception. For distributors whose core business is in sports, this means that buyers just need to put in the extra effort to bring the experience to the fans. Lori Bolton, vice president of sales for Logomark, Tustin, Calif., said there are a lot of ways to do this.

“I know when I watch tennis down in Indian Wells in California, there are big screens, so if you can’t get into the stadium, there are big screens on the outside of the stadium where people can put down a blanket [and] they can bring a cooler,” Bolton said. “I envision it shifting a little bit that way, where you can tailgate at your local park and have something set up where they’re streaming it on a big screen. More like a drive-in theater, where you can still see the venue, you’re just watching it a little differently.”

Bolton said this would obviously take a bit more planning on the teams’ behalf than plunking a few boxes of T-shirts or hats at every stadium entrance.

“If you have grassroots efforts, whether it’s with the sports teams or other companies that are trying to hit that market, there are lots of ways that you could do it,” she said. “You could even do a mailing [campaign] where you hit your season ticket holders, where they get something a little bit more special. But then for your core fans, you’re targeting them in a different way.”

She recommended things like pens with an athlete’s autograph or the team’s logo on the side for season ticket holders who have made a significant financial investment in the team. It keeps them interested as fans and feels like they’re getting something back, even though they can’t go to the game. 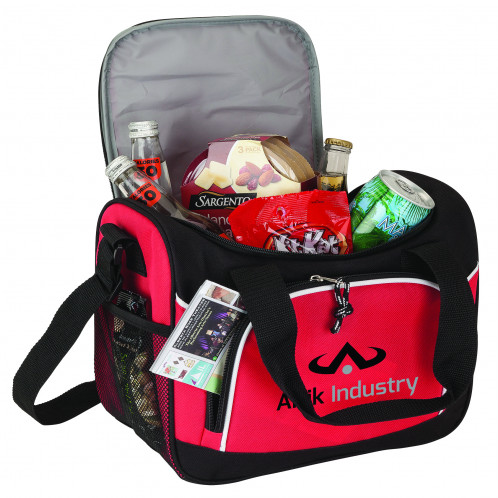 Balboa 20-Can Cooler by Logomark

The New Age of Events

Look at how certain events, like trade shows, have handled cancellations. When things have gone virtual, they’ve drop-shipped items to would-be attendees. The same principle, utilizing drop-shipping or even curbside pickup, can apply to sports promotions. Bill Feldberg, executive vice president of business development for Something Inked, a Nashville-based distributor that works with numerous professional sports teams, said that the biggest difference-maker in his own business and in sports marketing has been whether or not teams had robust e-commerce platforms. If they didn’t before, they do now. It’s actually led to Something Inked growing its e-commerce team since the beginning of the pandemic.

But Feldberg also echoed Bolton’s ideas for plausible ways to bring promotions to fans while games are still happening behind closed doors.

“We’ve been getting creative and doing things like curbside giveaway pickups and a lot of mailers,” Feldberg said. “Teams are doing drop-shipping directly to either [a sponsor’s] representative from the sponsor’s house or their office so they can keep them engaged. They’ve got some home office kits and kind of some of those comforts-of-home type gifts. And I think, [for] most of the teams that we work with, everyone’s just kind of shifted to doing stuff either virtually with e-commerce stores or those curbside giveaways. ... There will be no fans. There will be no traditional playoff atmosphere where we’re used to giving away 10,000 rally towels, 10,000 thunder sticks, things like that. Doing the curbside giveaways or mailers to season ticket holders is really the only workaround that teams have been doing.”

What products have teams been looking at for these promotions? You might (not) be surprised to find out that it’s…. pretty much the same. If there’s one status quo to rest comfortably in, it’s that people’s tastes haven’t changed much.

“Apparel has been the biggest driver of things,” Feldberg added. “We’re still doing T-shirts. We’ve done some masks—obviously masks. It’s all of the normal stuff that we normally offer, but then also some home office stuff. Gadgets, electronics. It’s still pretty much all of the traditional stuff that we’ve always done, just kind of in a different manner. The distribution has changed, but the products haven’t changed at all. People still love getting a T-shirt. It’s just now instead of getting it off the back of a chair, they drive up and get it handed to them through a window.”

The only other real “pivot” (a word Feldberg is tired of using), has been the point of contact with many of these teams. Since a lot of staff has been furloughed, a distributor’s primary point of contact might not be back to work yet, so it might require a bit more time and attention to get your message in front of the right people to close a deal. 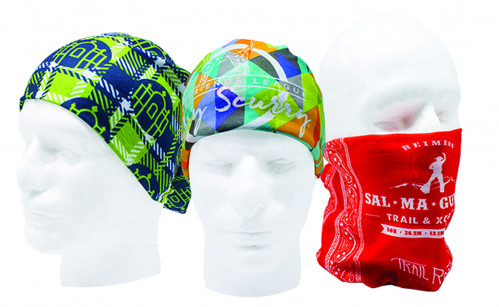 Adapting to the Times

Like Feldberg said, you can’t beat the classics. But it’d be foolish to totally ignore the state of the world right now. Rory Young, vice president of sales and business development for Pop! Promos, Philadelphia, said that its Brandana item had traditionally been celebrated for its versatility and imprint space. Now, in a world where face coverings are mandatory in a lot of public places, it has taken on second life as a practical giveaway.

“They’re in the industry all over the place,” Young said. “It’s a face covering that a lot of businesses have pivoted to using as a mask alternative. The product itself started as the perfect sort of fan giveaway. It’s multi-functional rally wear that you can wear in lots of different ways. It makes for a great photo op with lots of different people who are at this same event. Not only does it get to be a great gift for people who are at that specific sporting event, but it’s also still protecting their faces, since we have to take extra precautions.”

If cities go the route putting big screens at various locations throughout the city for fans to view games, people would still need to take health precautions. They also still want to dress the part. And this is a solution that solves a very specific need without sucking all of the fun out of the room. (Err, outdoor venue.) “It’s not that much fun to be walking around with a ton of masks,” Young added. “This kind of serves both purposes, I think.”

The long and short of it is that uncertainty remains the name of the game. The major sports leagues have returned, but they're playing to empty stadiums. No one knows when fans will be able to return. A lot of outdoor spaces like restaurants with outdoor seating are open again, even in densely populated cities. But does that mean that we can immediately congregate in front of a big screen to yell about baseball? We don’t really know. And that’s to say nothing of the myriad youth sports leagues, high school athletics and rec leagues that bring in steady revenue for smaller distributors. When might those return in full? It’s anyone’s guess.

What we do know is that, as a society, we crave sports. We’re going to watch them somehow, whether it’s in a park surrounded by other people or at home in front of the TV. Teams’ may not yet be spending again on marketing or promotional products, but the fans still want things that  celebrate their fandom just the same as before.

In this world of BYO, social distancing and empty arenas, items like growlers, coolers and blankets take on a new level of importance. And at the same time, the classics like T-shirts and hats aren’t going anywhere. That, unlike baseball, you can bet on.