The Sports World Is Mocking the Chargers' Branding Efforts

It's not a good time for chargers.

After the San Diego Chargers swiftly announced their controversial move up the coast to Los Angeles (a city that already has a football team it barely wants), the team added insult to injury by immediately posting a new logo it would use in Los Angeles. And boy, what a logo.

Fans responded pretty angrily to the logo (which looks eerily similar to the Los Angeles Dodgers' logo, but with a little lightning bolt), so the Chargers had to double down on it, and change the color scheme to something more reminiscent of its San Diego roots. Makes sense, right?

Chargers changed the colors of their logo? In that case... pic.twitter.com/wX62f7lFUi

Once again, fans were so angry about this that the Chargers organization scrapped the idea altogether, claiming that the logo won't be used again, and deleted the original tweet containing the logo. (It also had used the logo as its avatar on its social media accounts.)

It looks like the Chargers just didn't think things through when it came to this branding effort. This can serve as a valuable lesson for advertisers. Branding is important. Logos are important. You wouldn't want to create something for a client that would earn them ridicule from their peers.

Oh yeah, the Chargers got some ridicule from their peers.

for the record, us & the @dodgers are just friends https://t.co/jBoJhZlYVD

Are we doing this right? pic.twitter.com/OwDBuCdyDH

We're not ones to fall behind the times. pic.twitter.com/IUuKvO2KUk

Merciless. Just absolutely merciless. That's not even close to all of them. And we're talking about professional sports teams' official accounts doing this. The Chargers are off to such a bad start, and they've barely even unpacked their gear off the truck they drove to Los Angeles.

But, not wanting to be out of the loop here, we at Promo Marketing can spot a trend when it's in front of us. So, we'd like you to weigh in on our new, improved Promo Marketing logo: 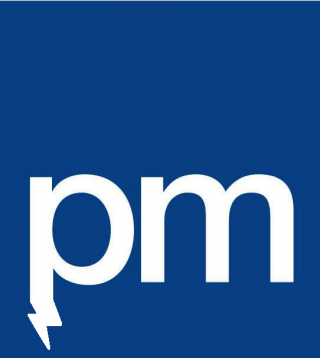 (Editor's note: I made that myself. If any NFL teams want help rebranding, you know where to find me.)