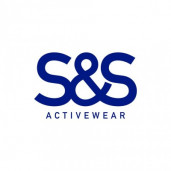 S&S Activewear, Bolingbrook, Ill., announced today that it has acquired TSF Sportswear. By acquiring TSF, S&S gains greater access to markets in the Southern U.S., while TSF's customers can now select from S&S's more than 100 brand offerings and benefit from a greater depth of inventory driven by S&S's nationwide network.

"We are very pleased to have TSF join the S&S family," said S&S CEO Jim Shannon. "There's a great fit between our two businesses. TSF brings some amazing talent as part of this new partnership, and we are confident the acquisition will add a great deal of value to TSF's loyal customer base."

S&S has continued to make major investments in its North American capacity and technology in recent years. Before the TSF acquisition, the company's more than 2,000 employees operated out of approximately 4 million square feet of warehouse space. Now, it is once again growing even larger. S&S plans to retain TSF's south Florida and Puerto Rico locations, and invest in additional inventory and a broader SKU offering in those buildings.

TSF's Arlington, Texas, operation will move down the road to S&S's Fort Worth facility, providing TSF's southern and western customers access to an additional 375,000 sq. ft. of inventory and brands.

"By bringing TSF's operations into S&S, we are solidifying our leading position in the apparel distribution market," said S&S president Frank Myers.

"Joining forces with S&S gives us access to new technologies and resources, and a greater depth of inventory and brands," said John Feinberg, owner and president of TSF Sportswear. "It's a very mutually beneficial agreement, and we look forward to our new partnership."

The acquisition is S&S's second in the last six months and fifth since 2010. S&S acquired TSC Apparel, one of the industry's largest suppliers, in November. In January 2021, S&S was acquired by private equity firm Clayton Dubilier & Rice.