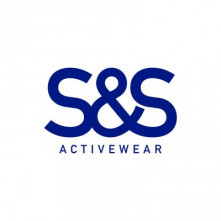 S&S has enjoyed substantial growth since Myers joined the organization in 2009. He was instrumental in the company's national expansion, having overseen, among things, the company's operations, inventory procurement strategy, capital funding and financial partnerships.

Myers has also taken S&S into a new era of global responsibility over the last several years, as he managed the rollout of the company's Environment and Social Governance platform, including the installation of solar energy at the majority of its distribution centers and at S&S headquarters.

Commenting on his promotion, Myers said he's honored and looks forward to accompanying the business in its next phase of growth.

"I feel humbled to be representing such an amazing company and team," he said. "Our success lies in our employees, and I'm very proud of what we've built together over the years."

A focus on leadership has been a critical factor in the success of S&S. The growth of its executive team and the promotion of Myers to help lead the company confirms the S&S philosophy of maintaining its long-standing executive leadership team. Myers will continue to report to CEO Jim Shannon, who has been with the company for more than 30 years.

"We are so proud to have Frank as our new president," Shannon said. "There is no one better suited to fulfill the responsibility of leading S&S into the future. We recognize and applaud Frank's proven dedication, professional skills and vision."

The company will also continue to bring in new top-tier talent to grow the bottom line and its positioning in the industry, such as Kodosky.

Kodosky has served as the chief financial officer and Vice President of finance for manufacturing and services companies in high-growth, international and highly leveraged environments for the past 17 years. He most recently was the CFO of Justrite Safety Group, where he contributed to steering the private equity0owned and middle-market safety products manufacturer through the COVID-19 pandemic recession and severe commodity inflation.

Prior to that, Kodosky served as the CFO of Global Brass & Copper, a $1.8 billion publicly traded company. He also had various leadership and financial oversight roles, last as CFO of the minerals segment within AMCOL International, which grew revenues from $450 million to just over $1 billion during his tenure.

Kodosky looks forward to building on the impressive growth the company has seen over the last several years.

"S&S is a great organization with a strong reputation," he said. "I'm honored join such a talented leadership team and have the opportunity to bring a strategic perspective to the company's financial processes."

"As our new CFO, Christopher brings a proven track record in business and operations," Shannon said. "His leadership style and personality are a perfect fit for S&S. With the new addition of Christopher to the leadership team, all lights are green to ensure the next phases of our exponential growth. The evolution of our executive team honors our reputation as a global distribution leader of premium wholesale apparel."