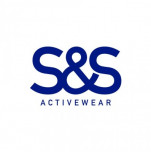 Now operating more than 3 million sq. ft. across the country, S&S’s new Georgia facility is equipped to provide one-day ship times to the Southeast (including Georgia, Florida, North Carolina, South Carolina, Alabama and Tennessee). The new distribution center arrives just in time to mark S&S’s 30th anniversary as a nod to the company’s growth over the past three decades.

With the addition of the Atlanta area facility, S&S hopes to provide greater inventory to its customers, create more demand for its vendors and establish more jobs within the local economy.

“Having the new Atlanta distribution center in operation by early 2018 was an ambitious goal, but our team delivered,” said Frank Myers, chief operating officer for S&S Activewear. “The addition of our Georgia facility marks our presence as a complete national wholesaler, and we’ve been racing to get there for our customers by opening two new facilities in under six months.”

The opening of the Atlanta facility would not be possible without the support and collaboration of the State of Georgia and Henry County. Additionally, S&S thanked its employees, vendors, customers, and partners at Cushman and Wakefield for making its southeastern expansion a reality.

“We’re very proud of all the hard-work and preparation our team brought to this project,” said Jim Shannon, president of S&S Activewear. “The State of Georgia’s Training Commission was highly impressed with our team and commended S&S on an outstanding training program.”