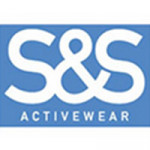 S&S Activewear, Bolingbrook, Ill., created the position of managing director of national operations to facilitate national growth. Mike Mannucci has been hired to fill that role.

"Obviously, I’ve been familiar with S&S Activewear for years," said Mannucci. "I admire the values of this company, and the growth we are experiencing right now is exciting. Increasing our size with an additional 500,000-square-foot warehouse in a few months has me busy already."

Prior to joining S&S Activewear, Mannucci was the senior distribution manager for Trevose, Pennsylvania-based alphabroder in its Bolingbrook, Ill., office, and, when the supplier was known as Broder Bros., he worked in Louisville, Ky., and St. Louis.

"Mike brings a great amount of knowledge not only of distribution, but of the apparel industry as well," Frank Myers, vice president of operations and finance at S&S Activewear, said. "We’re so happy to have someone with his experience, attitude and confidence to help us to grow to the next level."