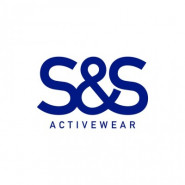 While Reno’s already a trendsetter in other areas (the video for Eddie Money’s “Take Me Home Tonight” was filmed in the Lawlor Events Center, and the city holds a Guinness World Record for the most people playing checkers simultaneously), now the "Biggest Little City in the World" is helping S&S set a new course for distributors and decorators.

“Perhaps most significantly, though, our quest to bring one-day shipping across the country is now a reality,” said Frank Myers, chief operating officer at S&S Activewear. “We’ve been growing since 1989, with expansions to California, New Jersey, Kansas, Texas and Georgia. Our Reno location is by far our biggest yet—representing S&S on the West Coast on a scale our industry hasn’t seen to this point, with far more ready-to-ship, fresh new styles than our competitors.”

“We’ve also deepened our two-day coverage across the southwestern and mountain states,” Myers said. “We’re proud to say that, as a national distributor, we can offer one-day shipping to 41 states.”

S&S’s new distribution center, which will employ about 350 people, is in the North Valleys Commerce Center, located at 9550 N. Virginia St., Building D in Reno.

“The new space was developed with people and the planet in mind,” Myers said. “The facility location offers a fantastic quality of life for S&S employees, with favorable costs of living and access to desirable schools and national parks, including Tahoe National Forest.”

The new distribution center is S&S’s largest fulfillment facility—nearly three times larger than the company’s Santa Fe Springs building in California—as well as the largest lease of its kind in Nevada’s state history.

“We made the decision to consolidate our California warehouse into the new facility,” Myers says. “We’ve also relocated our California call center operations to Tempe, Ariz.”

Looking ahead, S&S will expand its footprint in Illinois to 750,000 square feet, as the wholesaler moves its current Bolingbrook facility to a new building in Lockport, Ill., later in the year.

“This will bring our total square feet across the country to more than 4 million,” Myers said.

Opening this new facility wouldn’t have been possible without the support and cooperation of Reno Mayor Hillary Schieve and the City of Reno. Additionally, S&S thanked its employees, vendors, customers, and partners at Cushman & Wakefield and Panattoni Development, as well as Alston Construction for making this West Coast expansion a reality.