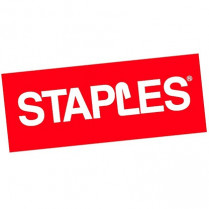 Shira Goodman, CEO of Staples Inc., stepped down from her position with the company last Friday, Jan. 26, after a 26 year career. Sycamore Partners, the private equity firm that acquired the Framingham, Mass., based office products supplier this past year, has hired J. Alexander “Sandy” Douglas to take over as CEO. A former Coca-Cola executive, Douglas will take the reins on April 2. Until then, John Lederer, Staples’ executive chairman who joined Sycamore Partners in September about a week after its acquisition of Staples was completed, will lead the company in the interim.

This shake-up is just the latest in a long series of ripples to result from Staples’ failed merger with Office Depot back in 2016. If you’ve followed our coverage of the Staples saga over the past several years, it will perhaps come as no surprise to hear that it is far from over. That being said, it’s quite a ling history, so bear with us as we provide a little recap.

In the fall of 2015, we reported on an agreement between Staples and the Federal Trade Commission (FTC) that would extend the review period over Staples’ takeover of rival Office Depot Inc. Back then, it seemed that this could be a promising juncture for Staples, as it was a sign that U.S. regulators weren’t totally opposed to the deal, as they could have otherwise struck it down outright. This wouldn’t have been unexpected, as they had done just that in 1997 when Staples first tried to take control of Office Depot.

Alas, these hopes were dashed in December when the FTC blocked the merger by filing a complaint against Staples. The complaint stated that the deal with Office Depot would in effect violate antitrust laws by reducing nationwide competition nationwide in the industry for "consumable" office supplies sold to large-business customers. These supplies included writing instruments, notepads, folders and paper products.

Despite the FTC’s decision to block the move, Staples and Office Depot agreed to extend their merger agreement to May 16, 2016, in order to complete the ongoing federal court litigation with the regulatory body. But when May rolled around, the federal judge in charge of the case blocked the merger for once and for all. Siding with the FTC, U.S. District Judge Emmet Sullivan sided with the FTC in agreeing that the combination of the two companies would negatively impact competition in the marketplace.

This decision started a downward spiral for Staples. As a result of the failure of the potential $6.3 billion deal, Staples' stock fell as much as 16 percent in New York that week, while Office Depot's stock fell 38 percent. Less than a month later, Staples and long-time CEO Ron Sargent, who had spearheaded the effort to merge with Office Depot, agreed to part ways. In his absence, Staples appointed Shira Goodman to the position of interim CEO and began a search for a permanent chief executive that ultimately lead to their choosing Goodman for the role in September of 2016.

The following spring, rumors began to circle regarding a possible buyout of Staples. These were solidified in May when Staples rejected an offer from Cerberus Capital Management. Although the firm reportedly offered Staples more than its projected value of $5.8 billion, the office supplier decided to try its luck despite a decline in revenue from roughly $24.67 billion at the end of fiscal year 2011 to approximately $18.25 billion in 2016. The gamble seemed to pay off at the time, as Sycamore Partners agreed to acquire Staples in June 2017 for $6.9 billion. However, the next several months saw much speculation as to whether Staples had sold for too low of an offer.

Despite multiple law firms announcing that they were investigating whether the company had violated its fiduciary duty toward investors by failing to fine a suitable deal, Sycamore Partners’ takeover was finalized in September of 2017, ostensibly ending the saga…until now.

The departure of Shira Goodman has come at a time of great change in Staples’ corporate structure, which had been broken into three parts—North American delivery, US retail, and Canadian retail­—after Sycamore Partners took control of the company. Although Goodman had reportedly been in good standing with Stefan Kaluzny, Sycamore’s managing director, and despite her efforts to continue moving the company’s focus from retail to its business customers by bolstering its sales force to target mid-sized companies, she has become the latest in a long line of casualties at Staples.

While it is too early now to speculate as to where Sycamore is looking to take Staples in the future, one thing remains certain: the failure of the Office Depot merger back in 2016 has proven extremely costly for the office supplier. Perhaps, then, there is nowhere to go but up.

As always, expect a follow up to this one. If the plethora of hyperlinks has been any indication, this story will continue to be in that limboesque state we here at Promo Marketing like to call “far from over.”