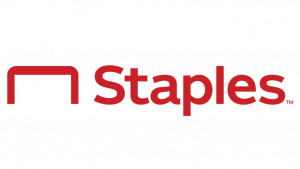 Staples Inc., Framingham, Mass., announced that it has named Matt Eckhouse head of Staples Promotional Products and Print as vice president and general manager. Eckhouse, who has been with the company since 2013, takes over for Rich Witaszak, who is no longer with the company.

Eckhouse, a graduate of Harvard University with an MBA from the Tuck School of Business at Dartmouth College, previously served as area vice president, print. Before coming to Staples, he was a strategy consultant for the Parthenon Group. Witaszak was the successor to previous CEO Roger Henry in 2009, when the promotional arm of the company rebranded from American Identity.

Staples has had a tumultuous few years. After its failed merger with Office Depot., it was sold to private equity firm Sycamore Partners in a deal that was not without controversy.

Following that, it parted ways with company CEO Shira Goodman and laid off more than 200 employees in 2018. In March, reports emerged that Sycamore Partners already wanted out. A month later Staples announced a rebrand.

A brief look at Staples' company profile on Indeed showed that some employees at its Framingham headquarters were not happy with the transition to life under Sycamore.

"Management is terrified Sycamore, the private equity firm that bought Staples, is going to close down various departments, so they put incredible pressure on workers to produce," one reviewer wrote last month. "The fear is palpable at HQ and it makes it very, very stressful."

"Was great until [the company was] sold to Sycamore Partners," another wrote in April. "Now it's slash, burn and outsource and sell off as much as they can until eventually going public again with what's left while Sycamore pockets several hundred million."

These are, of course, anonymous opinions published in a public internet forum, so they should be taken with a grain of salt large enough to make your cardiologist squirm. It's worth noting that the vast majority of the reviews are positive, including some that were critical of Sycamore Partners while praising Staples Inc.

But reports emerged yeserday that Staples had laid off another 175 employees over the course of the week. The Framingham Source reported that the layoffs were primarily in IT and human resources, so it's unclear if Witaszak's departure and Eckhouse's subsequent promotion were related to the move. Paperwork filed with the U.S. Department of Labor showed that many of the laid-off workers' jobs could have been outsourced, following a similar pattern to Staples' prior layoffs.