Staples Has Laid Off More Than 200 Employees This Year 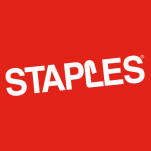 After Shira Goldman stepped down from her position as CEO of Staples in January, the company has laid off hundreds of employees. The Framingham Source estimated that 200 employees have been laid off from Staples in the 2018 calendar year.

The latest round of layoffs came last week, but the exact details are currently unknown. The Framingham Source used reports filed with the government to show that 175 employees were laid off in January, mostly in the company's IT department, leading the publication to believe that the jobs may have been moved overseas.

Staples employees also said that they think the layoffs will continue, as once the Sycamore Partners acquisition turns a year old in June, the employee severance packages written into the agreement will become invalid.

Staples' standing in the marketplace has been tumultuous throughout the lead up to and after its failed merger with Office Depot—which was blocked by the FTC—and after its purchase by Sycamore Partners.

There are a couple of ways to look at this news:

The cynical view would be to see this purely as another slip-up in Staples' recent efforts. Layoffs and executive departures are rarely a sign of a steady company firing on all cylinders.

The more forgiving mindset would be to say that this is a period of rebirth and growth for Staples. If there's a proper parallel to this hypothetical situation, it'd be the one at CafePress, which has lost high-level employees and saw decreasing profits, but is positioning itself for growth as a result.

That the layoffs were mostly in the company's IT department (based on what we know) may also be telling. Outsourcing the jobs is unfortunate for affected employees, but it doesn't necessarily point to massive, company-wide problems the same way layoffs in other departments might. If anything, it could simply be a shrewd move to lower overhead costs, though it's worth noting this most recent round of layoffs did include marketing and accounting staff.

Staples has been awfully quiet for the first half of 2018, but this move shows that it's worth following closely again to see if and how the company's plans could impact its promotional products operations. Staples' next moves, if there are any, should be much more telling.

Sponsor Content In-Person Events Are Back. Is Your Brand Ready?
Comments
The Top Lists