Do you know what today is? That's right! It's "Star Wars" Day! May the fourth be with you! To celebrate the mega-popular film franchise, many MLB teams are having "Star Wars" nights at the ballparks, according to Stadium Giveaway Exchange. While not all of them are today, there have been a few fun "Star Wars" giveaways this week. 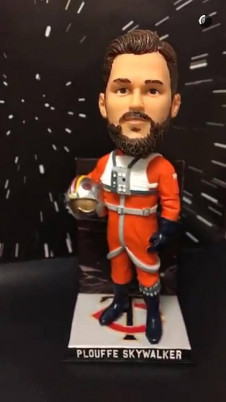 On May 19, the Minnesota Twins are celebrating the Rebel Alliance from the "Star Wars" universe by turning third baseman Trevor Plouffe into Plouffe Skywalker.

Down in the minor leagues, the Scranton/Wilkes-Barre Rail Riders, Triple-A affiliate of the New York Yankees, are giving away bobbleheads of their mascot, CHAMP (who wouldn't be out of place on "Sesame Street"), re-imagined as Chewbacca, Han Solo's second-in-command. RailRiders fans can pick up the bobblehead on May 14. 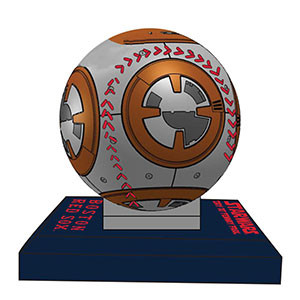 BB-8 is the newest droid to hit the "Star Wars" universe, and fans loved the little, spherical guy. On May 9, the Boston Red Sox will give out a BB-8 baseball to "Star Wars" fans in Boston. 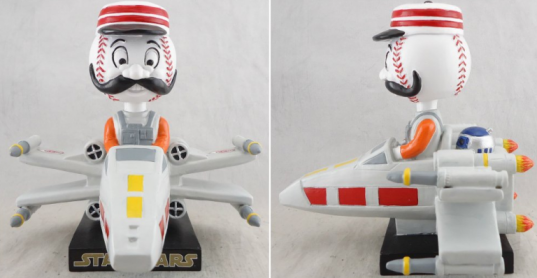 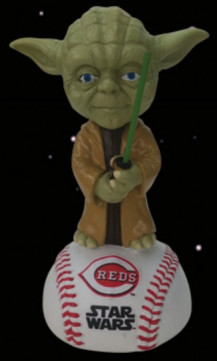 The Cincinnati Reds have doubled down on their "Star Wars" giveaway by giving out a Reds-themed bobblehead of the character Yoda on May 6 and a bobblehead showing the team's mascot flying an X-Wing spaceship on May 7. 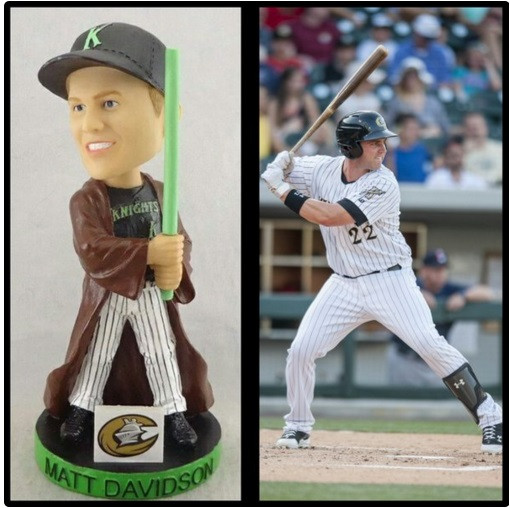 We're going to travel back to the minors once again. The Charlotte Knights, the Triple-A affiliate of the Chicago White Sox, gave away a bobblehead of third baseman Matt Davidson wearing a Jedi Knight robe and holding a lightsaber yesterday.