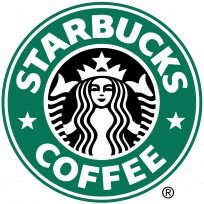 Apparently, geographical errors are a trend for promotional products in 2016. And, if there's one thing that end-users can't stand it's finding their states' icons misrepresented. Starbucks learned that lesson the hard way, according to The Oregonian.

While Starbucks' holiday cups were met with resounding approval (for the most part), the company's Oregon-themed travel mug did not go over so well. The new drinkware item featured notable landmarks, like Crater Lake and the Shakespeare Festival in Ashland. And, of course, Starbucks wanted to pay homage to the beautiful rapids at Klamath Falls with a waterfall image. There was only one problem: There's no actual waterfalls at Klamath Falls.

Twitter users pointed out the issue and suggested that, perhaps, Starbucks confused Klamath Falls with Multnomah Falls, which actually contain waterfalls. Klamath Falls, on the other hand, is actually a town, not a waterfall.

#FAIL @Starbucks who reviewed the final design? Klamath Falls DOESN'T have a waterfall. The pic looks like you meant #multnomahfalls #oops pic.twitter.com/DTGZHeUg20

Jury's out on who was in charge of fact-checking the Oregon landmarks, but it's safe to say Oregonians aren't pleased. For suppliers and distributors looking to increase their geographic-specific product offerings, make sure the mockups you show your clients feature correctly labeled monuments. Or, you might end up on the Twitter wall of shame.

And, if you're looking to check out more promotional typos and faux-pas, we have a whole list for you.