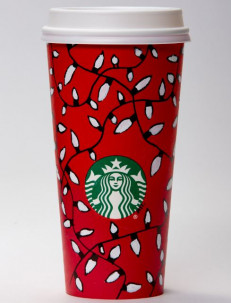 Starbucks knows its holiday cups are more than just drinkware—they're a symbol. Think about it: The iconic red cups are the best indicator of the holiday season. And with that honor comes a lot of responsibility. Starbucks learned that the hard way last year when it released its blank red cups to major consumer discontent.

This year, Starbucks learned an important lesson: Give the people what they want. And then, give them even more. For this year's holiday Starbucks cup, the company will feature 13 festive designs, and we couldn't be more excited. Not only that, but Starbucks took a genius approach to the design process. The company enlisted 13 women from six countries, including United Arab Emirates, Russia and South Korea, to create different designs for the red cups, according to Fortune.

So, what makes this new holiday campaign a true promotional dream? We're glad you asked.

1. It gives everyone what they want.

Even if you were a fan of the blank red cups (created so you could be the artist), those are still available to you as well. And for everyone else, there are cups that fit every aesthetic. 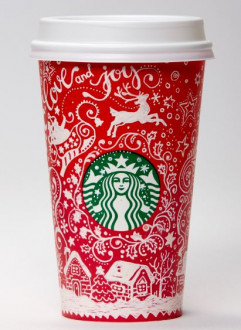 With 13 designs to choose from, true Starbucks holiday cup fans are going to want to collect them all. Plus, they lend themselves perfectly to a social media spotlight. 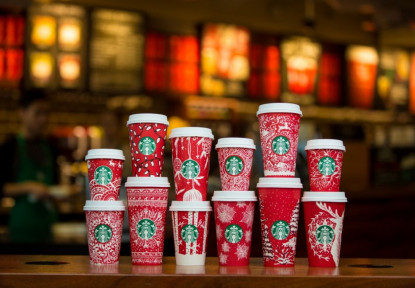 Starbucks patrons will love the opportunity to share their favorites on Instagram, and post the triumph of collecting them all on their Facebook pages. And, of course, to obtain a cup, you have to buy a beverage.

Starbucks could have handled the cup design internally, but this way is so much better. By featuring 13 different women from very different geographical backgrounds, Starbucks is truly showing its commitment to inclusivity. Especially at a time when our nation seems more divided than usual, it's comforting to see a company make this effort. 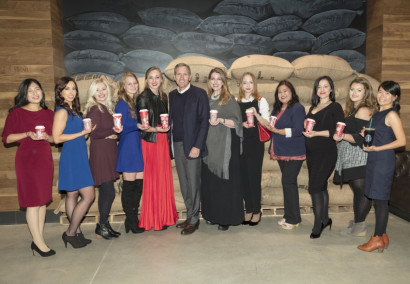 Howard Schultz with the 13 holiday cup designers. (Image via Starbucks)

The 2016 red cups will be available at 25,000 Starbucks locations across 75 countries starting today. We'll be collecting them all. Which one is your favorite? Let us know in the comments section.