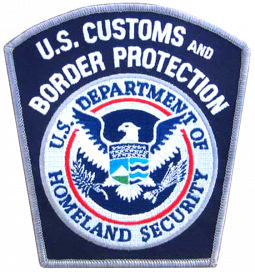 Counterfeiting has long plagued the apparel industry. And the troubles are far from over.

According to Just Style, apparel and accessories remains the top category of counterfeit goods seized by U.S. Customs and Border Protection (CBP) in 2015. Based on the results of the annual Intellectual Property Rights Seizure Statistics, 2015 saw 28,865 seizures—25 percent more than in 2014.

Of those 28,865 seizures, 6,232 of them were apparel and accessories—22 percent of the total amount seized, with a manufacturer’s suggested retail price of $157.2 million.

Footwear jumped from sixth place in 2014 to third on the list of seized goods in 2015. The 2,818 footwear seizures were worth $645 million. In fact, Nike was the most frequently counterfeited brand in 2013, ABC News reported.

In addition to these categories, in 2015, the CBP also seized 550 shipments containing labels, tags, stickers and stamped metal parts—with counterfeit trademarks or pirated copies—which counterfeiters planned to apply to items, like apparel, handbags and shoes, after import.

Sadly, these statistics on counterfeiting don’t come as much surprise. Typically, a quick search on Google brings back new results on counterfeited apparel each week.

Just last week, a Michigan-based storeowner was sentenced to 10 months in jail for selling counterfeit goods (and tobacco tax violation), MLive reported. When the police raided the 10 stores in June 2015, they discovered 7,999 out of 8,000 items were counterfeit.

According to authorities, the storeowner, Timothy Roger Szubinski, sold counterfeit clothing that featured John Deere, Monster Energy Drink and Under Armour labels, and the logos of leagues, including the NFL and MLB.

While his stores remain open—and now stocked with licensed products—Szubinski will spend the next 10 months in Kent County Jail, conduct 150 hours of community service and pay $9,400 in restitution.